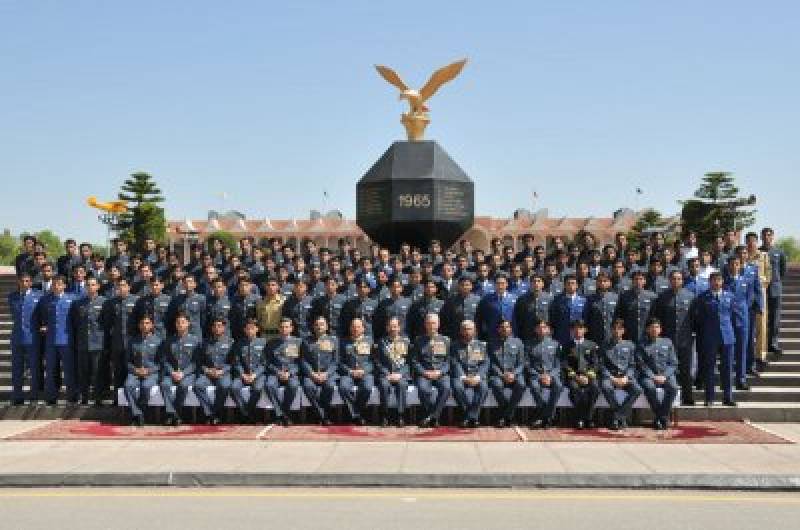 According to press release issued by PAF, to celebrate this historic event in a befitting manner, a grand ceremony was held at PAF Academy Risalpur. Air Marshal Asghar Khan was the chief guest on the occasion.

The aviation cadets of PAF Academy presented a well synchronized parade at showery night. A short documentary encompassing the sparkling career of the father of Air Force was also shown during the ceremony.

Addressing the ceremony, Air Chief Sohail Aman said that Air Marshal Asghar Khan is a man of high integrity and character who served the nation with his visionary leadership and earnestly worked for the upgradation and improvement of Pakistan Air Force.

The Air Chief further said that renaming of this prestigious institution after him is a befitting tribute to legendary Asghar Khan, who is a true son of soil.

“Air Marshal Asghar Khan inculcated a strong value system in the rank and file of Pakistan Air Force which has been embraced by his successors with utmost dedication”, he added.

The Air Chief further added that Air Marshal Asghar Khan shall remain an icon and enduring symbol of inspiration for the generations to come.-Online