In pictures: Pakistan displays military might at national day parade 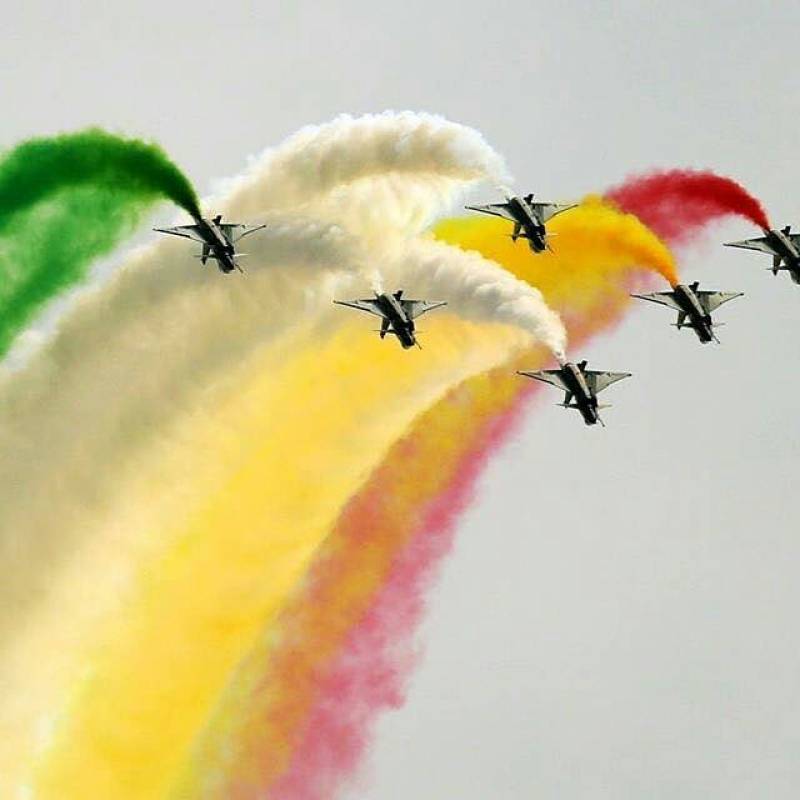 ISLAMABAD - With fighter jets zooming across the sky, Pakistan celebrated its national day with a prestigious parade, displaying the military prowess of the country.

A spectacular display of professional excellence took place here at the Parade Ground near Shakarparian as part of the countrywide celebrations. 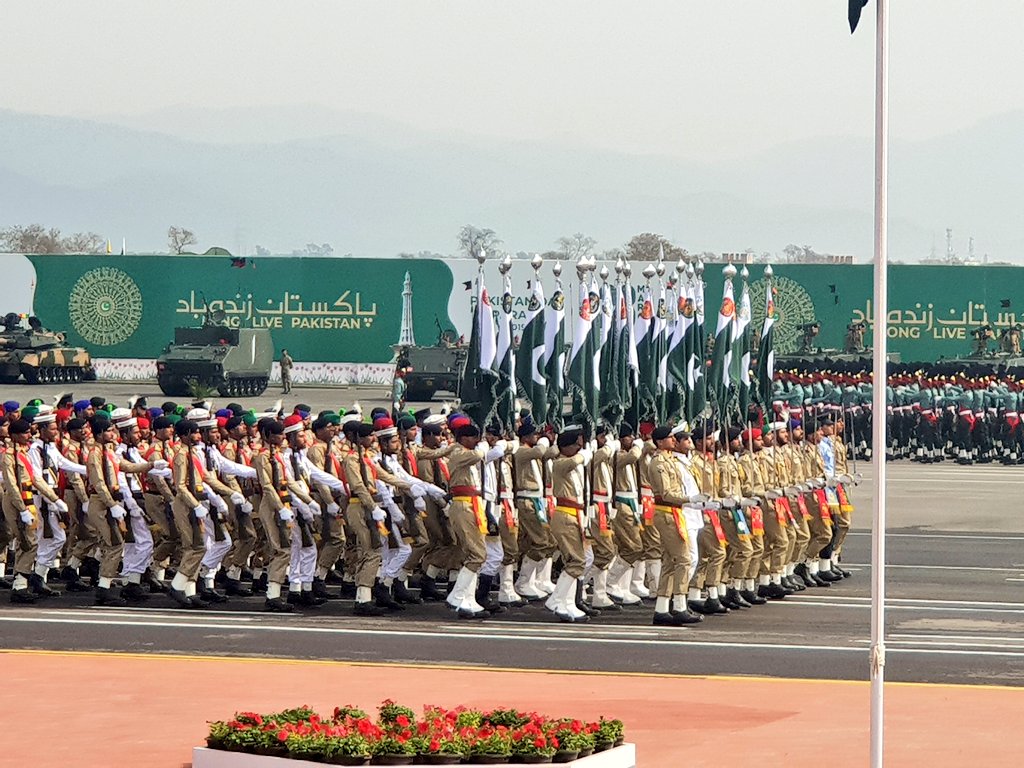 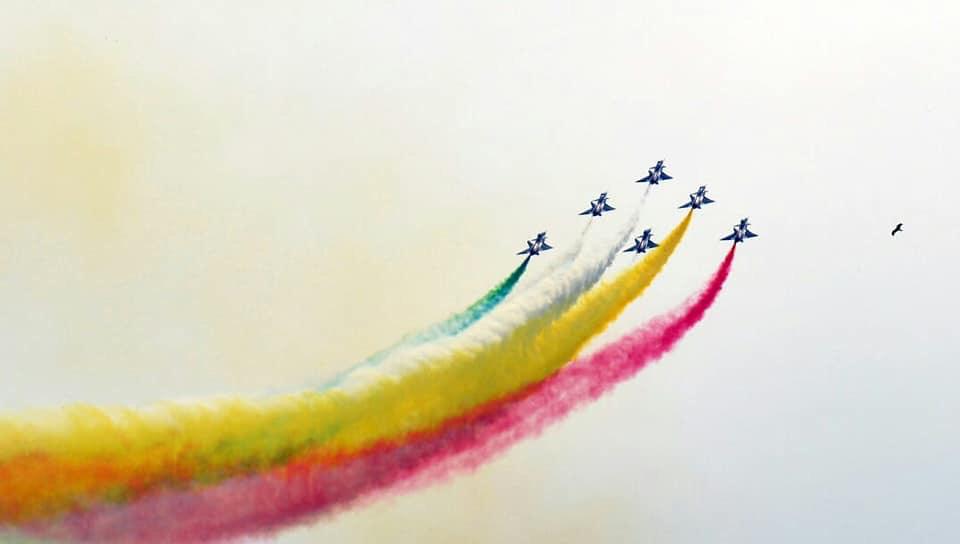 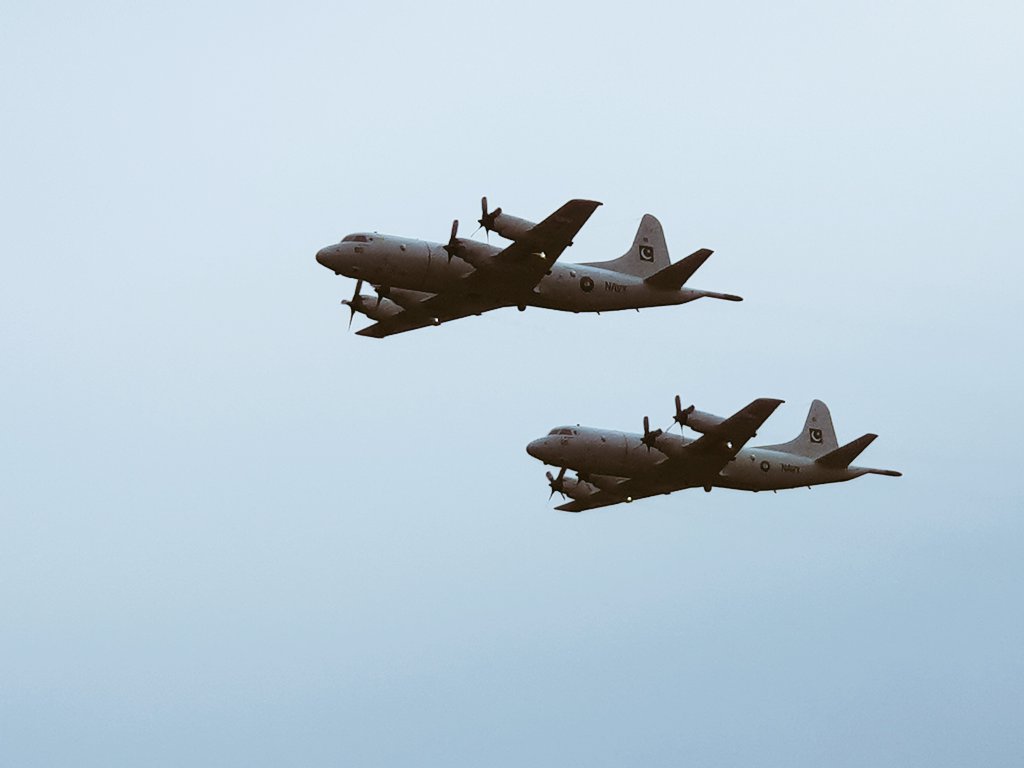 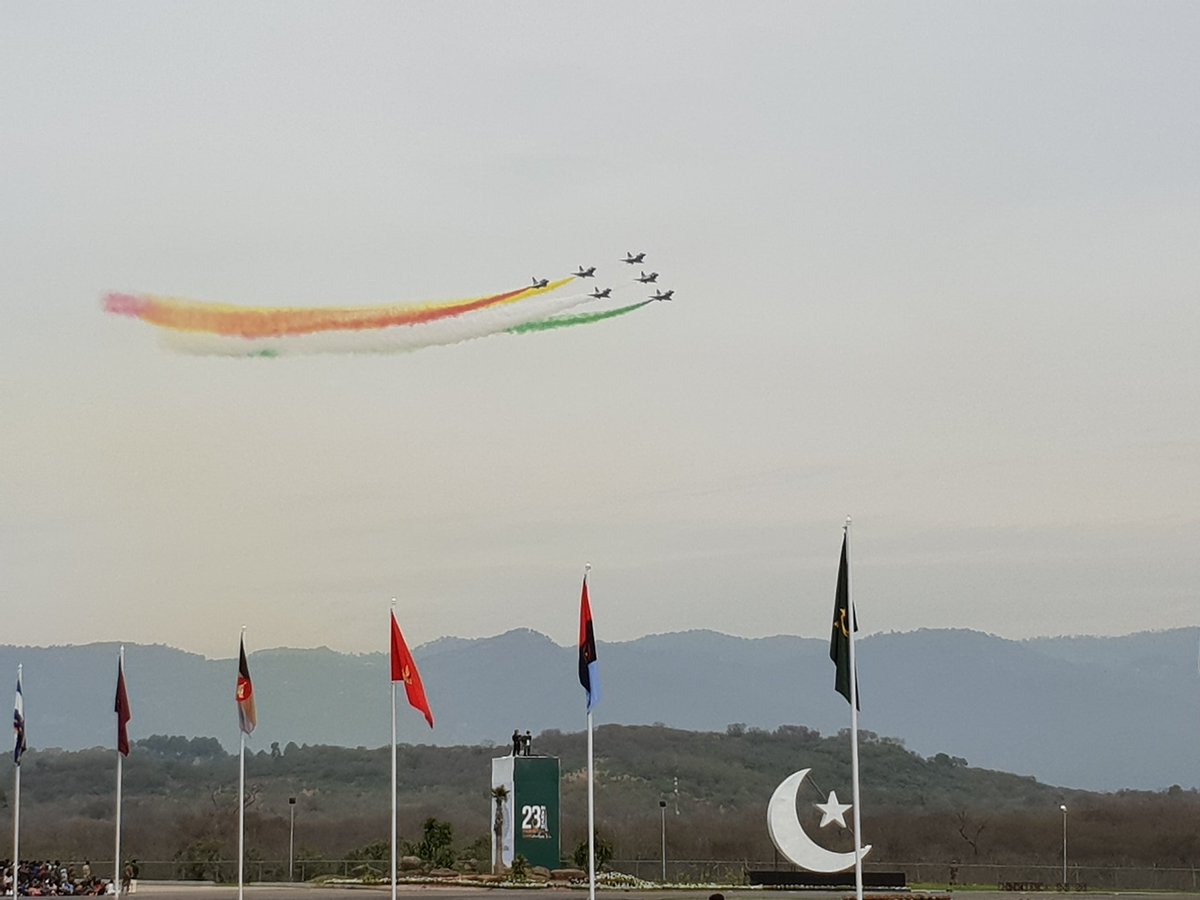 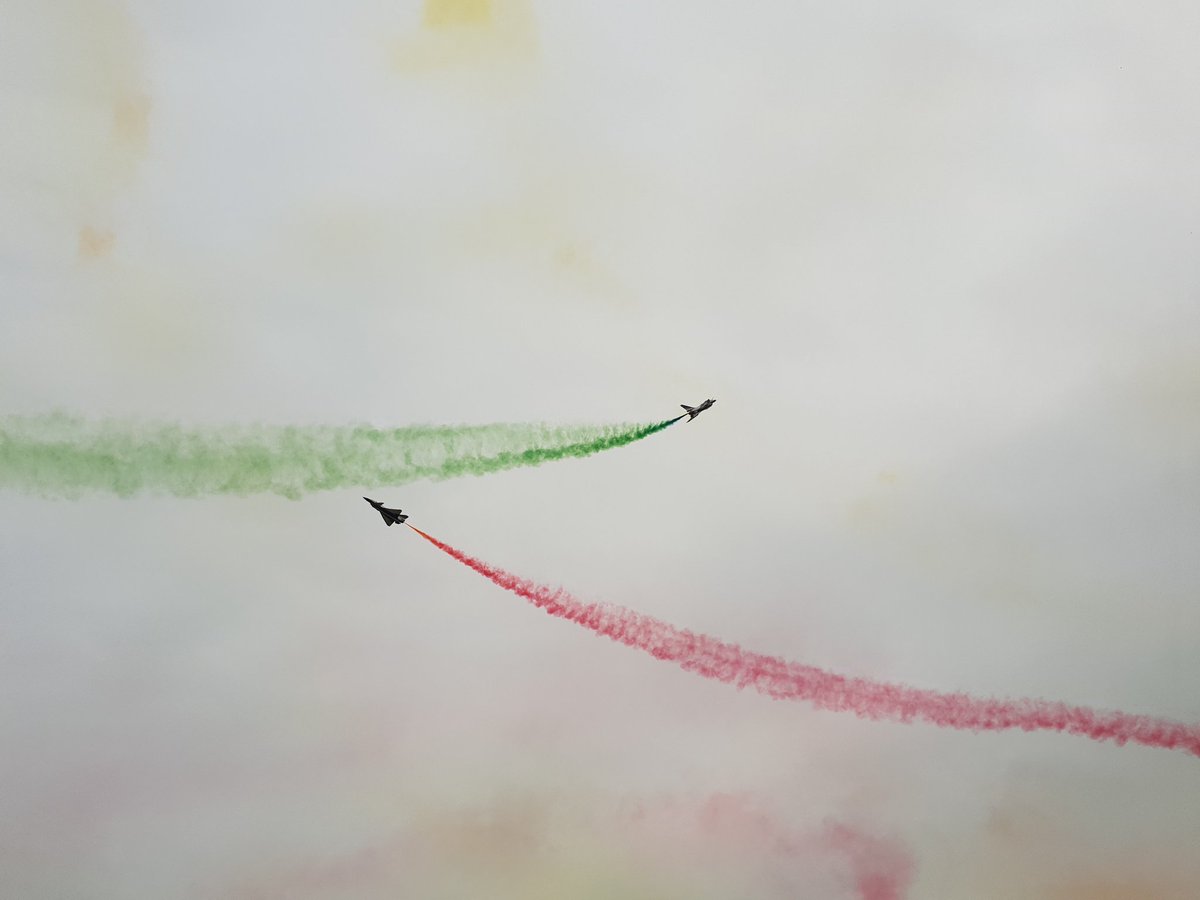 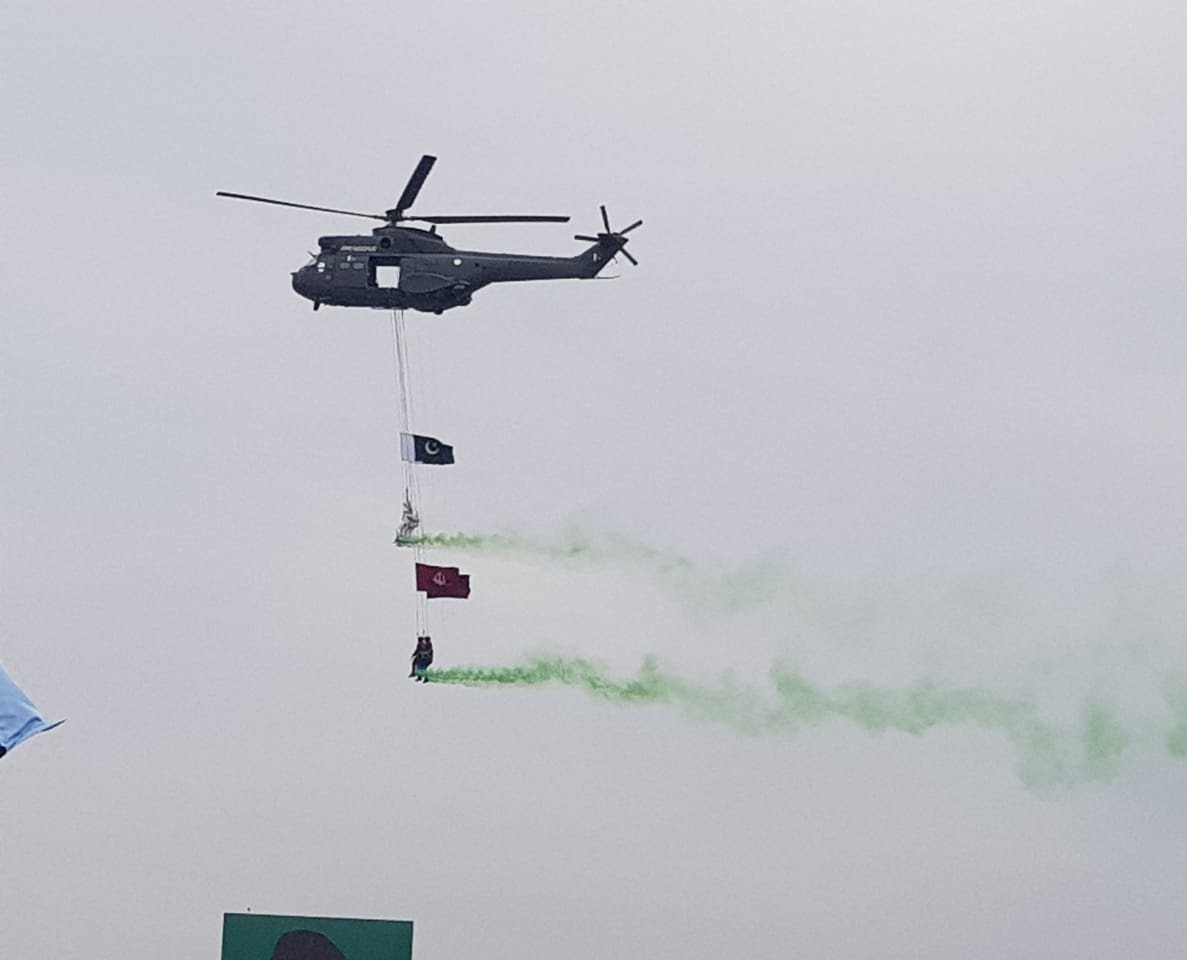 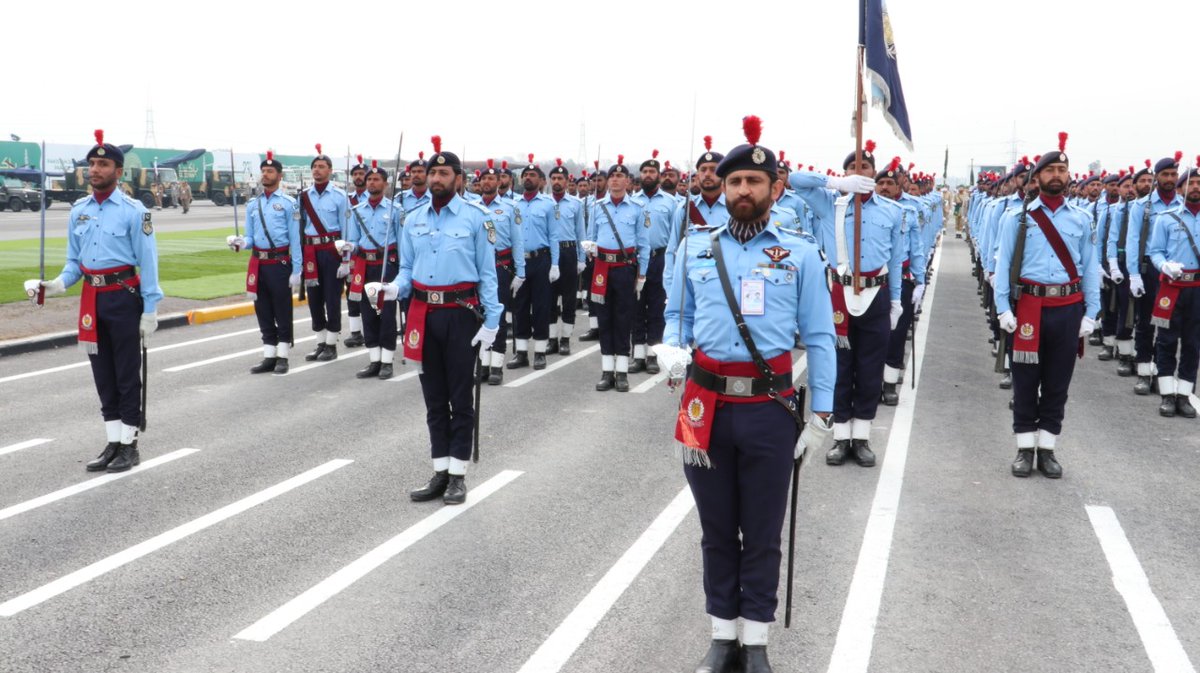 President Dr Arif Alvi was the chief guest at the ceremony, while Malaysian Prime Minister Mahathir Mohamad, who arrived in Pakistan on a three-day visit Thursday, was the guest of honour. 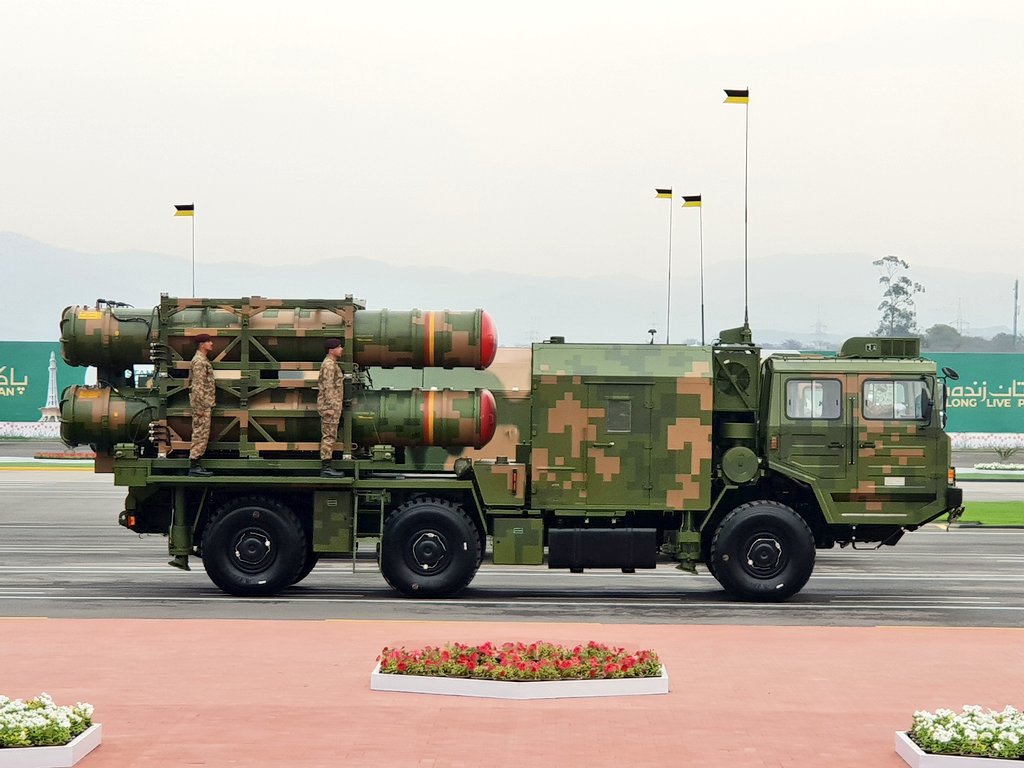 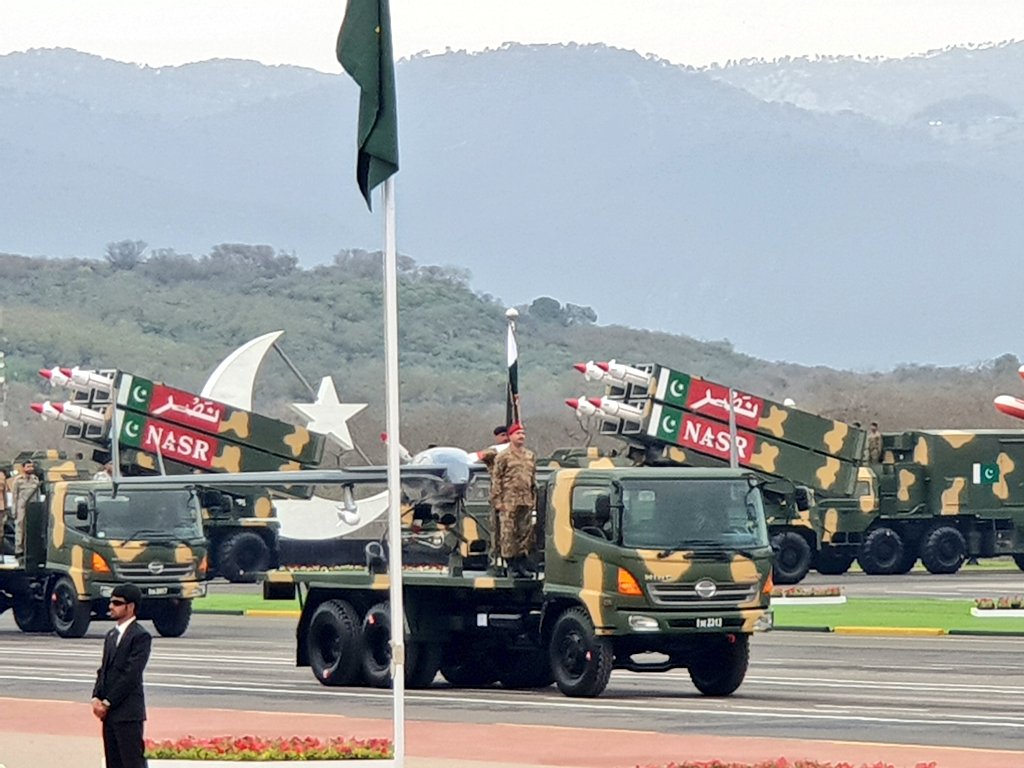 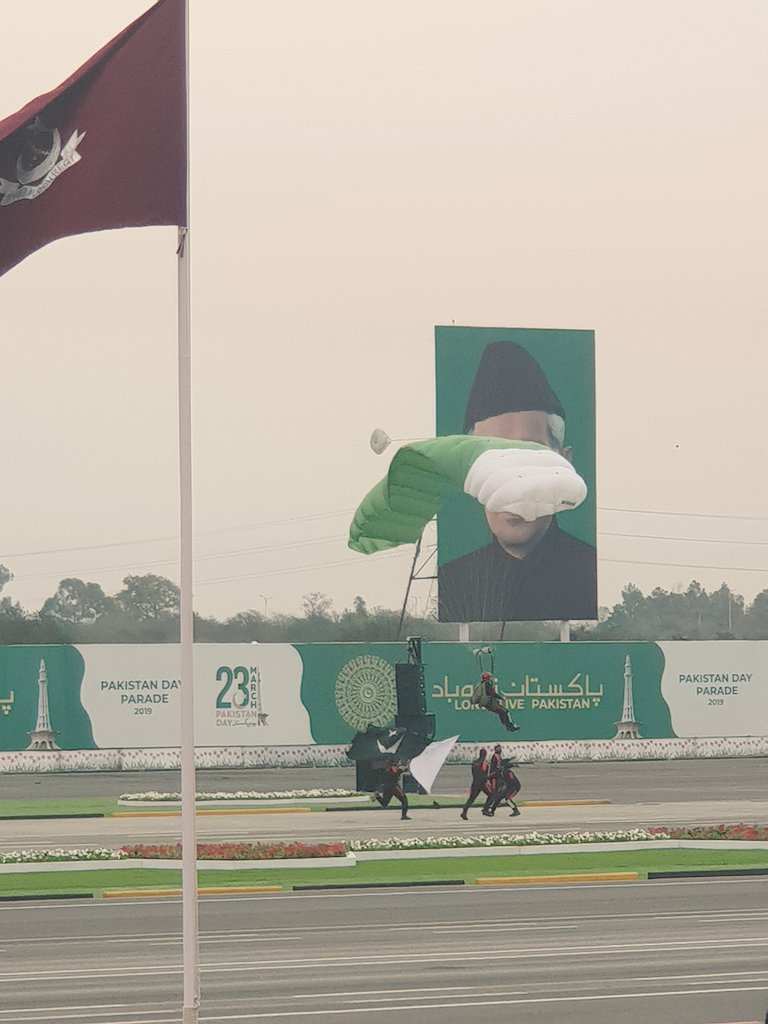 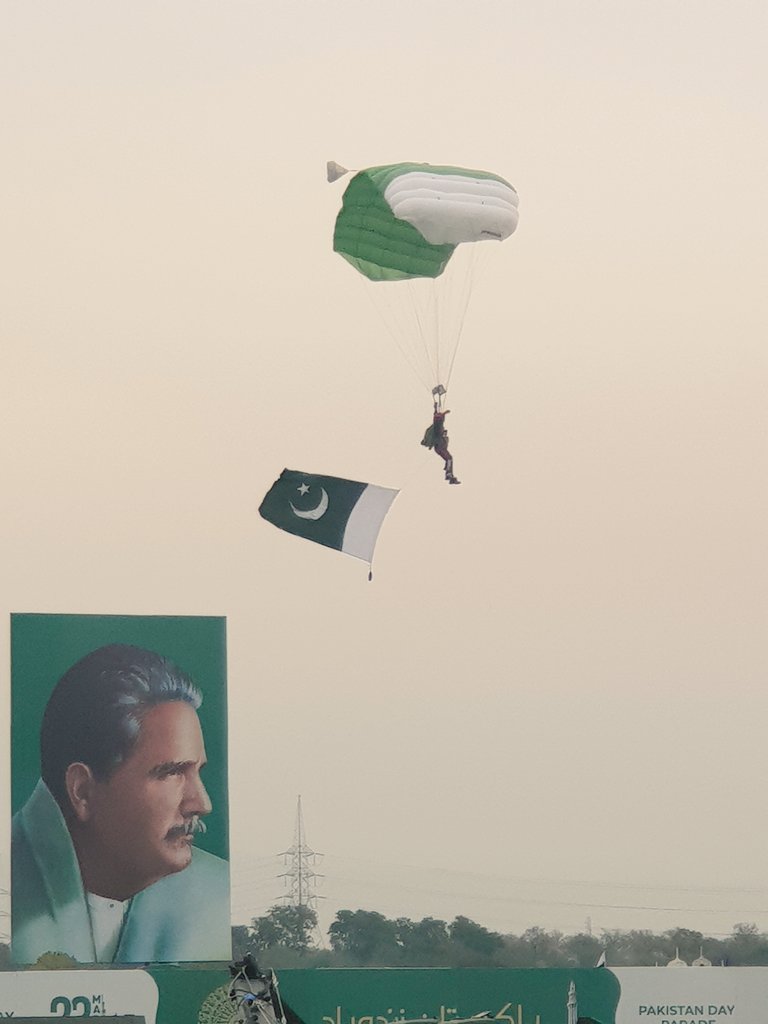 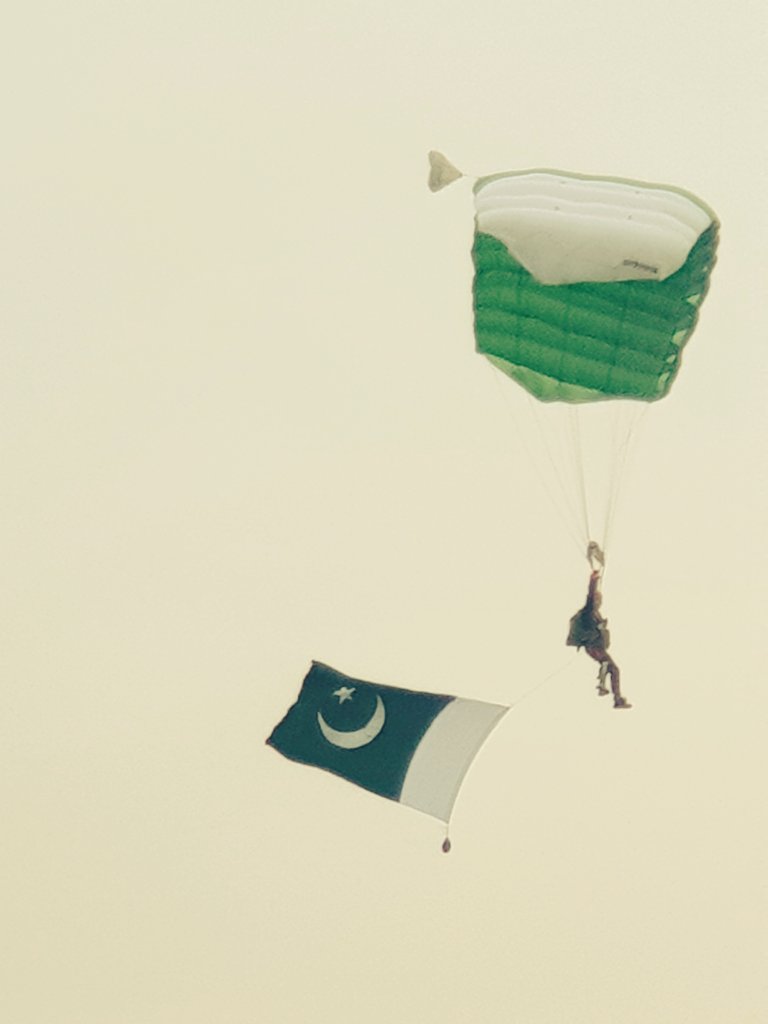 The Air Chief, who led a fly-past, saluted President Arif Alvi from the cockpit of the F-16 plane. Following him, a formation of four JF-17 Thunder fighter jets exhibited aerial manoeuvres, displaying the professional excellence of Pakistan Air Force.

Following that similar daring feats of different aircraft, including Mirage and F-7PG were held. 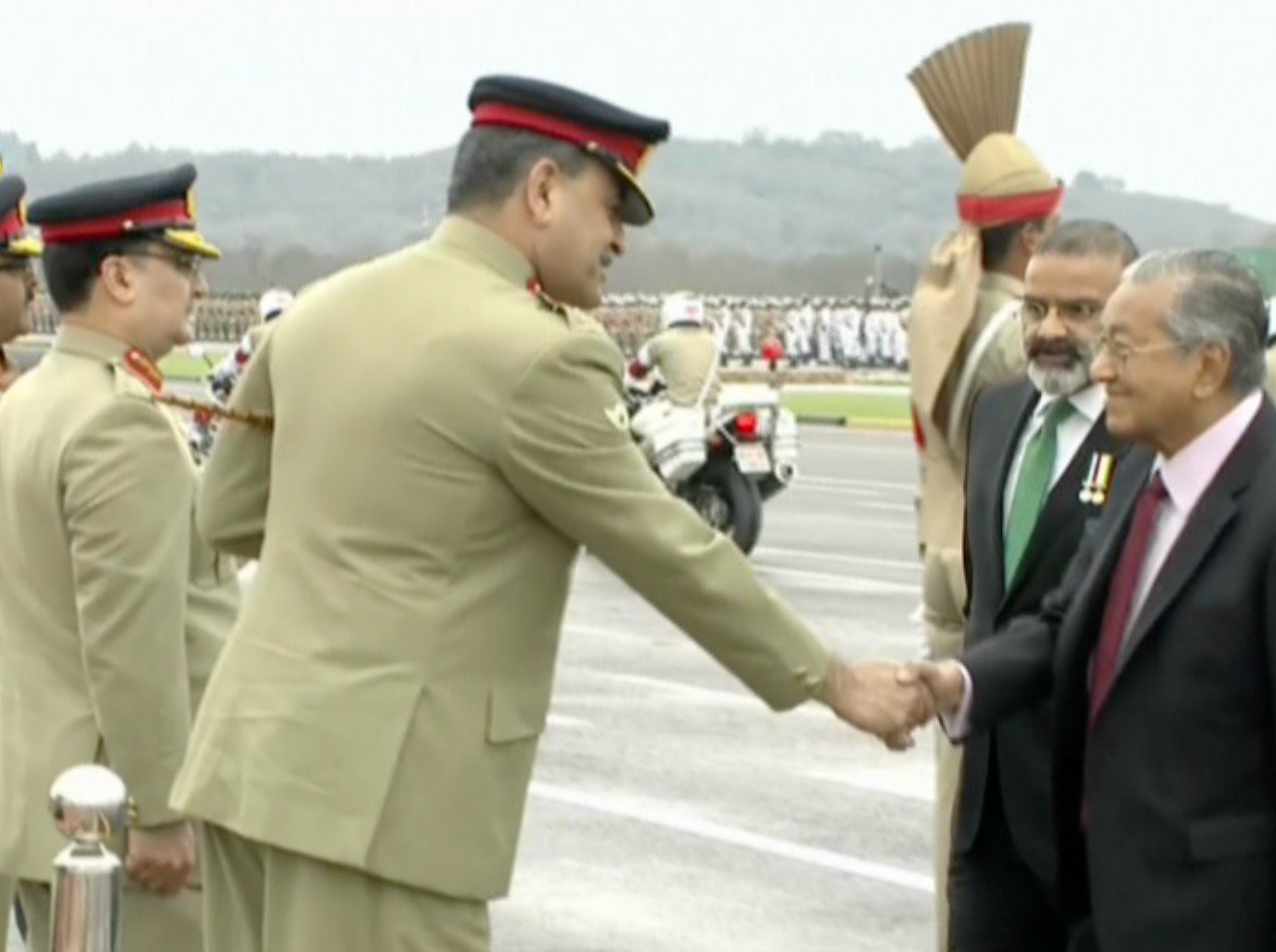 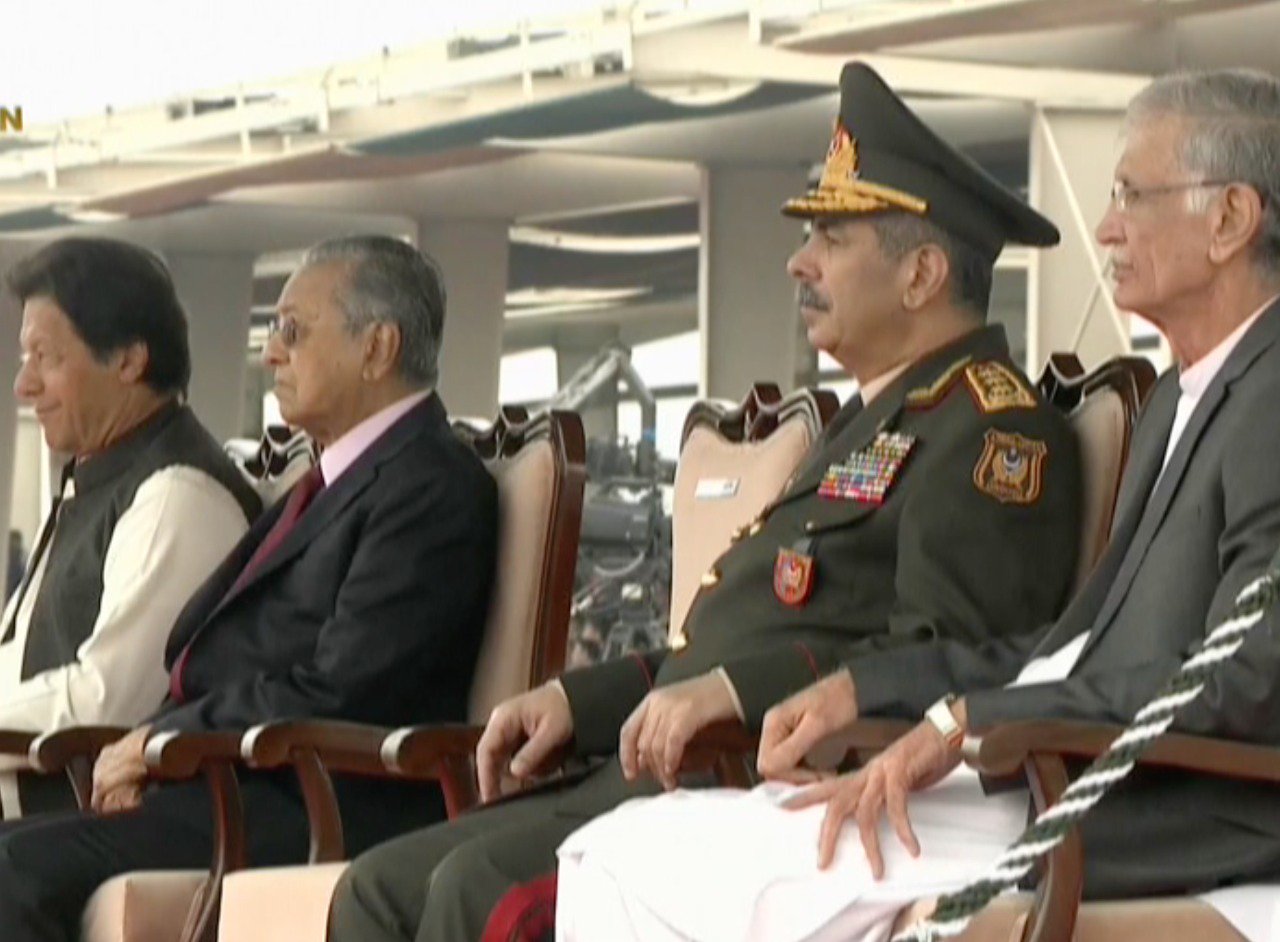 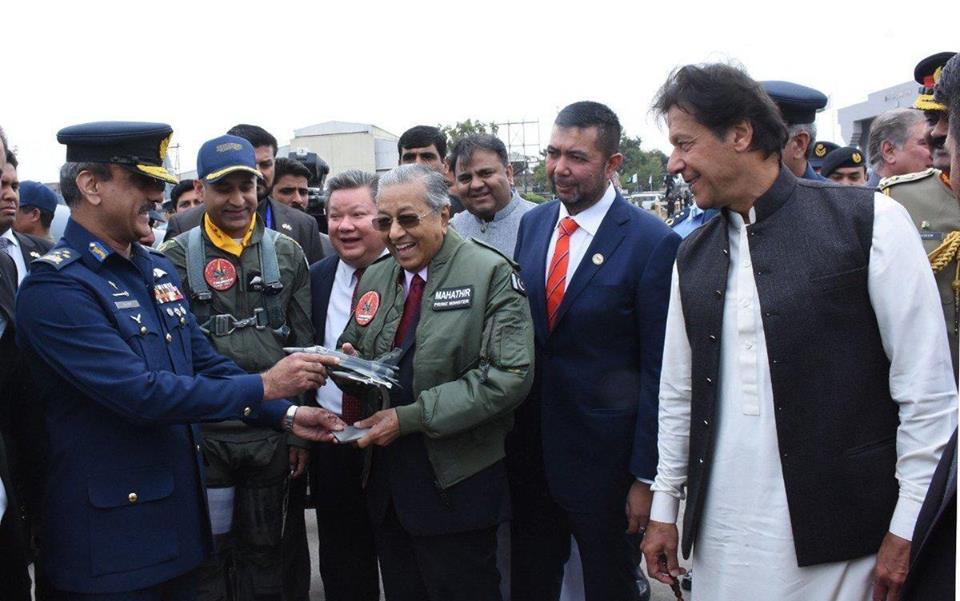 The sky of Islamabad became lively when a Chinese aerobatic team with six J-10 fighter jets appeared and completed a series of manoeuvres, emitting colourful smoke in the air to leave the mark of Pak-China friendship.

Breathtaking feats by the Turkish aircraft, done with extreme professionalism were also a treat for every eye.

Another main feature of the parade was a march-past, held by the contingents of armoured and mechanised infantry. The Al Zarrar tanks, Armoured Personnel Carriers (APC), Al-Khalid Main Battle Tank (MBT ) and artillery howitzer guns were paraded right in front of a large number of audience. Similarly, radar systems, unmanned aerial vehicles (UAVs), cruise missiles and other state-of-the-art weapons were also rolled out on the occasion.

The Pakistan Rangers band played national songs on bagpipes while riding on camels. The parade also showcased cultures of all the four provinces. The cultural delegates and floats from Sindh, Punjab, Balochistan, Khyber Pakhtunkhwa, Gilgit-Baltistan and Azad Kashmir featured during the ceremony

The last segment of the ceremony was a stunning display of paratroopers getting off the helicopters in parachutes and landing on their specified destinations in front of the audience. Skydivers from the three armed forces as well as from Azerbaijan, Sri Lanka, Bahrain, Brunei and KSA exhibited their skills in this segment.