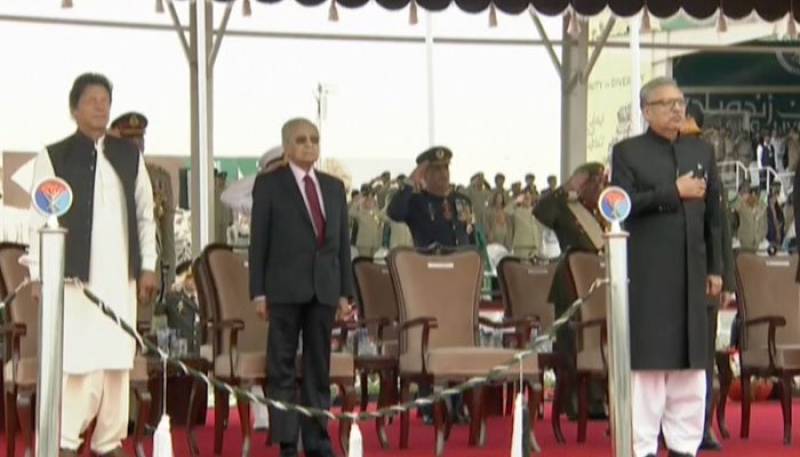 ISLAMABAD - A Military parade to mark 79th Pakistan Day is underway in Islamabad on Saturday.

The Pakistan Day military parade is underway at Parade Ground near Islamabad’s Shakarparian hills, where Malaysian Prime Minister Mahathir Mohammad is guest of honor in the parade, who is on his three day visit to Pakistan. 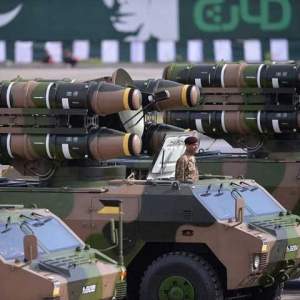 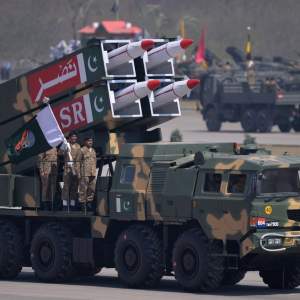 Contingents of the armed forces conducted a march-past, while squadrons of the air force carried out a mesmerising fly-past at the Pakistan Day parade.

The march of different floats depicting various aspects of the culture of different provinces is also part of the parade.

Following the flypast, President Dr Arif Alvi addressed the parade and said that "March 23 is that milestone of our national history in which Muslims of the subcontinent aimed for their liberation through Pakistan Resolution." 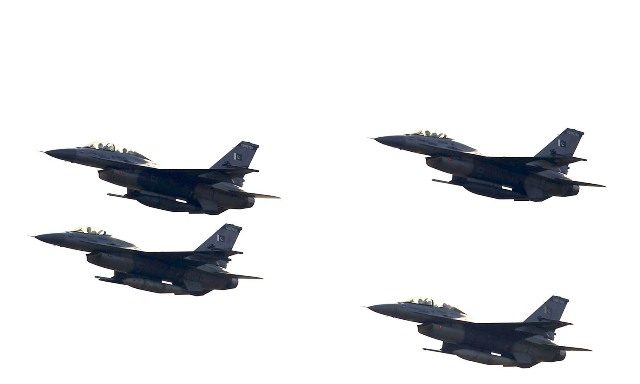 President Alvi reiterated Pakistan’s commitment to regional peace and stability. He lauded the contribution of the armed forces towards Pakistan’s progress and cited the recent confrontation with India as an example of their proficiency.

He said Pakistan was ever willing to resolve issues through dialogue but also remained completely capable of defending itself against any aggression.

President Arif Alvi said that Pakistan’s desire for peace should never be misconstrued as weakness. Pakistan was and remains fully capable of protecting its sovereignty.

It is to be mentioned here that nation is celebrating Pakistan Day today with a commitment to ensure progress, prosperity and a strong defense of the country.