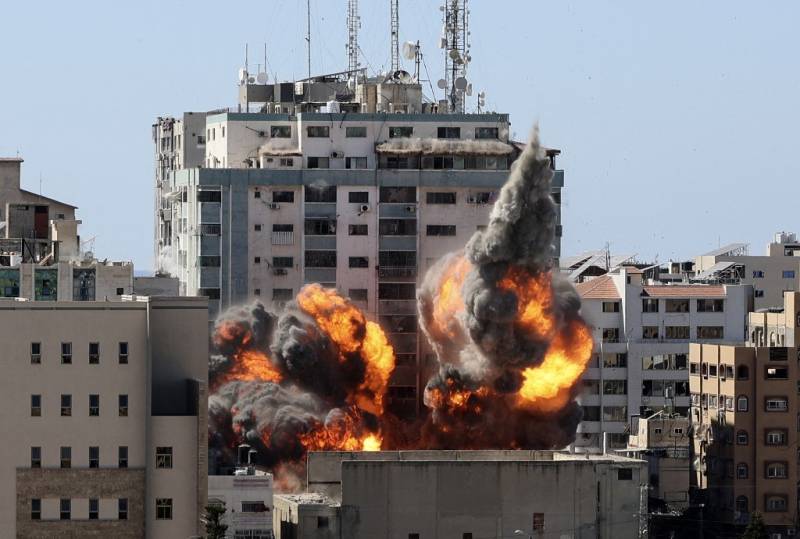 THE HAGUE – A building housing the international media, such as Al Jazeera and AP, was destroyed by an Israeli airstrike and now the owner of the building has announced that he will move the International Criminal Court over the Israeli bombing.

Complainant Jawad Mehdi says the Israeli attack on May 15 flattened Jala Tower housing the offices of US news agency Associated Press and Al Jazeera television. He describes it as a "war crime".

The complaint comes after the chief prosecutor of the ICC said last week that "crimes" may have been committed during the recent violence between Israel and the Palestinians.

"The owner of this building, who is a Palestinian, has mandated his lawyers to file a war crime complaint with the International Criminal Court," lawyer Gilles Devers said in a statement.

Devers told the media outside the court, where around 10 pro-Palestinian protesters had gathered, that Israel could show "no military objective" for the attack.

"We hear a lot that this tower could have been destroyed because there was equipment or an armed resistance team. This is something that we totally deny after studying the case," Devers said.

"International law is that you can only harm civilian property if it is used for military purposes, and that was not the case. So we say it today in front this court and in this complaint." Devers said the complaint would be formally sent to the court by email.

Israel claimed that Hamas military intelligence units were in the building.

Mehdi said at the time that an Israeli intelligence officer warned him he had one hour to ensure the building was evacuated before a missile slammed into the 13-storey building.

The ICC has no obligation to consider complaints filed to its prosecutor, who can decide independently what cases to submit to judges at the court.

The ICC had already opened an investigation in March into possible war crimes in the Palestinian Territories since 2014.

The move infuriated Israel which is not a member of the court, while Palestine has been a state party to the ICC since 2015.

Prosecutor Bensouda said last week that she noted with "great concern the escalation of violence" in the West Bank and Gaza "and the possible commission of crimes under the Rome Statute," which founded the ICC.