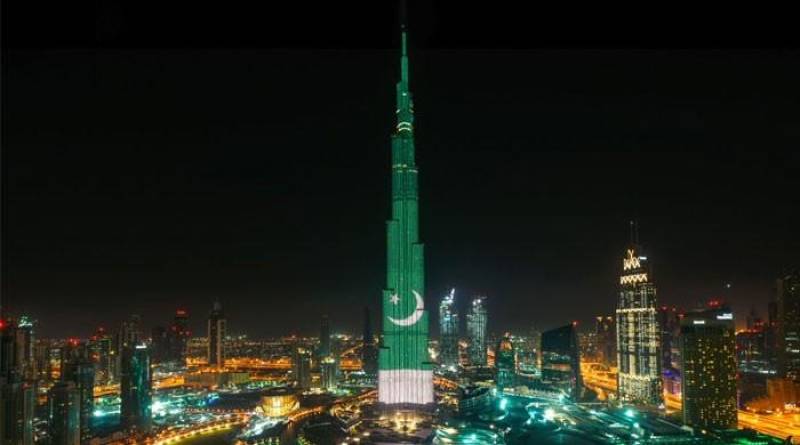 DUBAI - The tallest skyscraper in the world, Burj Khalifa, brightened up with the colours of the Pakistani flag on Thursday night to celebrate the 78th Pakistan Day.

The skyscraper celebrated the Pakistan Day with an eye-catching LED light show, as was announced on official Burj Khalifa account on Twitter, Geo News reported.

The Pakistani nation marks March 23 as the Pakistan Day commemorating the passage of Lahore Resolution in 1940, when the Muslims of the Subcontinent demanded a separate homeland.

The light shows are expected to gather large crowds of Pakistani community-based in Dubai and elsewhere in UAE.