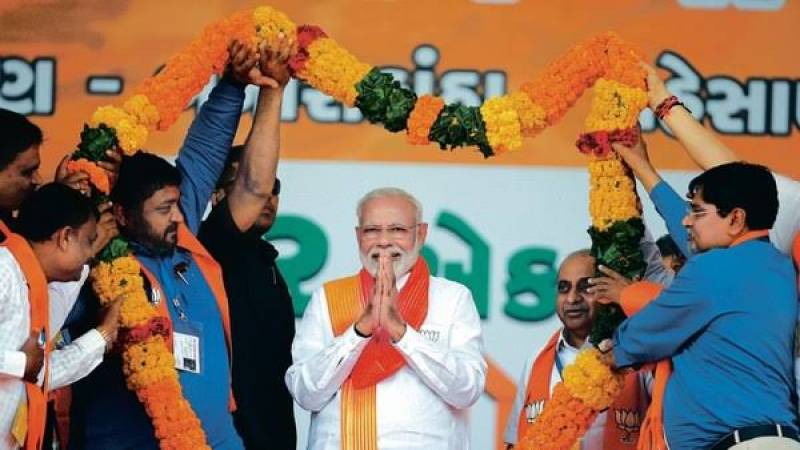 But they failed to agree another power-sharing deal despite results showing the coalition had won a comfortable majority for a second consecutive term.

Shiv Sena quit the partnership, hoping to convince their ideological rivals, the centre-left Indian National Congress, and the Nationalist Congress Party (NCP) to form a government instead.

Congratulations to @Dev_Fadnavis Ji and @AjitPawarSpeaks Ji on taking oath as the CM and Deputy CM of Maharashtra respectively. I am confident they will work diligently for the bright future of Maharashtra.

In the end though the BJP pulled off a major upset by joining hands with a top NCP leader to form a coalition, announcing the deal on Saturday.

"This bolsters the BJP and Modi 's image in the state and the country," political commentator Nilanjan Mukhopadhyay told an international news agency.

"While there were some questions being raised about their loss of dominance following election results, this verdict will cement Modi and BJP 's control in the state", he added.

The coalition still needs to prove its majority in the state legislature in a week's time in order to stay in power.

India has been battling an economic slowdown, and the imposition of presidential rule was a setback for Modi and for Mumbai, which is home to business tycoons, the stockmarket and the glitzy Bollywood film industry.

Under India's constitution, New Delhi can take direct control of a state in the absence of a local government and after obtaining consent from the president.