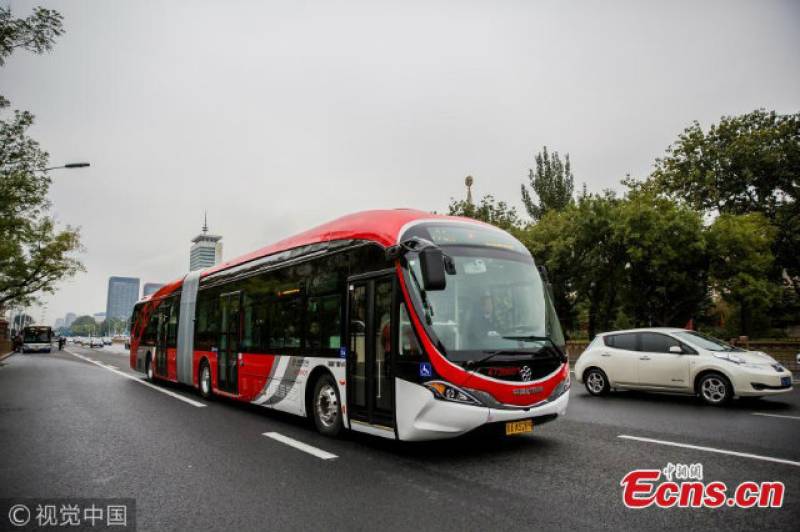 BEIJING - The first batch of ten completely electric buses, complete with automatic PM 2.5 filtration equipment, has taken to the roads of Beijing.

Developed by the Beijing Public Transport Group, each of the 18-metre-long vehicles deployed on Beijing's Bus Line 1 contains a highly safe and stable lithium-titanate battery pack which can run for a maximum of 130 kilometres on just a 15-minute charge, the Ecns.cn reports.

Noticeably, the buses all have blended bionic dolphin modelling as part of their exterior design, which is designed to increase energy efficiency, and PM2.5 purifiers that are able to greatly enhance air quality within the vehicles. 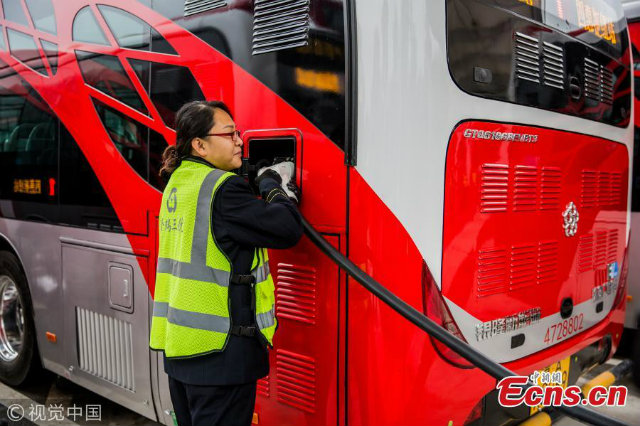 PM 2.5, or fine particulate matter, is a major air pollutant which causes the smog that envelops the northern part of China during autumn and winter.

According to a previous report, the Beijing Public Transport Group announced in August that it would increase the number of pure electric buses in the city from the current 1,000 to 10,000 by 2020, in a bid to cut carbon dioxide emissions and reduce poisonous PM2.5 particles. 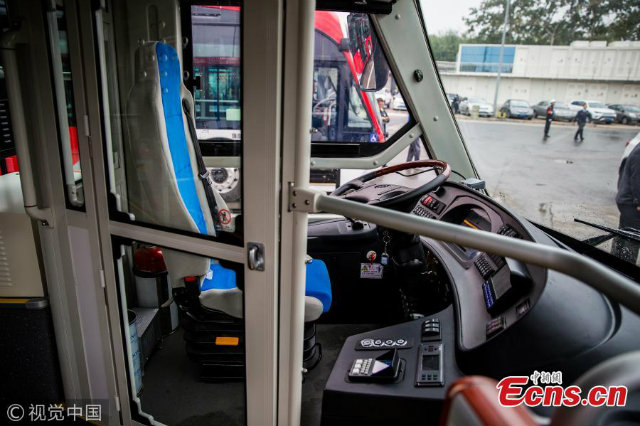 Beijing has issued a series of so-called red alerts to notify residents that smog is dense enough to warrant a health risk.

According to the World Health Organization, Chinese President Xi Jinping has put health at the forefront of government policy, however. The president last year put his signature on the Paris climate agreement and a regional assessment from consultant group Frost & Sullivan said it will be the Asian economies that lead the world in adopting clean energy technology.

A campaign led by North American, European and Asian powers aims to drive the sale of electrical vehicles higher under a plan outlined at a June clean-energy conference in Beijing. Leaders there set a goal of 30 percent new electrical vehicle sales by 2030.