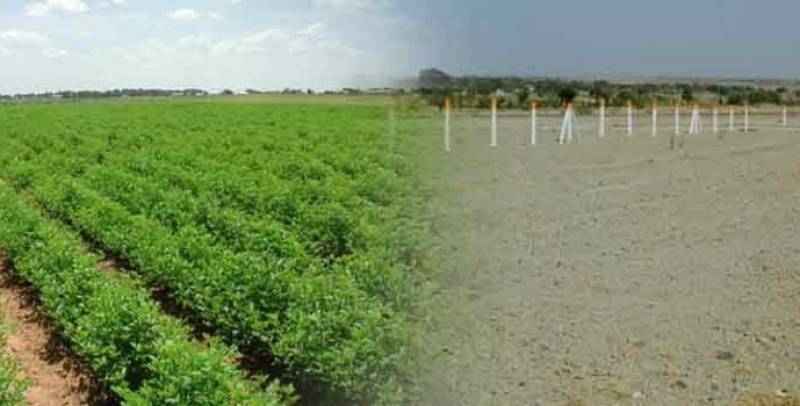 LAHORE – The Punjab government is deliberating over a plan to put a bar on using agricultural lands for other purposes, including residential and commercial, in the province, especially in Lahore, in order to arrest declining agriculture production.

This was revealed by Local Government Minister Manshaullah Butt on Sunday while talking to media, adding that a three-member committee had been set up to prepare a legislation with the consultation of experts. The same will be tabled in the provincial assembly for approval.

In view of rapid urbanization and increasing population, he said that the government was focusing on introducing apartment system.

In order to bar people from using farmland for other purposes, the local staff, including secretaries and chief officers of the union councils, has been directed to inform the authorities concerned if anyone is found involved in converting agricultural land into residential and commercial areas in their respective areas.

The minister further informed that the departments concerned have also been directed not to approve such projects, adding that action was being taken against those who have used leased state land for housing societies and sold them to public.

The government is also working on launching new urban areas in order to divide the burden of increasing population on major cities.

As per the data of Agriculture Department, a ten percent decrease has been observed in farmland in Lahore due to urbanization and migration during the past ten years.

During past two decades, the provincial capital has been deprived of thousands of acres of agricultural land by the housing colonies and commercial builders putting food security in danger in future. But, the officials remained silent adding fuel to the situation.

According to experts, the unplanned urbanisation will not only hatch social problems, but also damage the environment of the city.