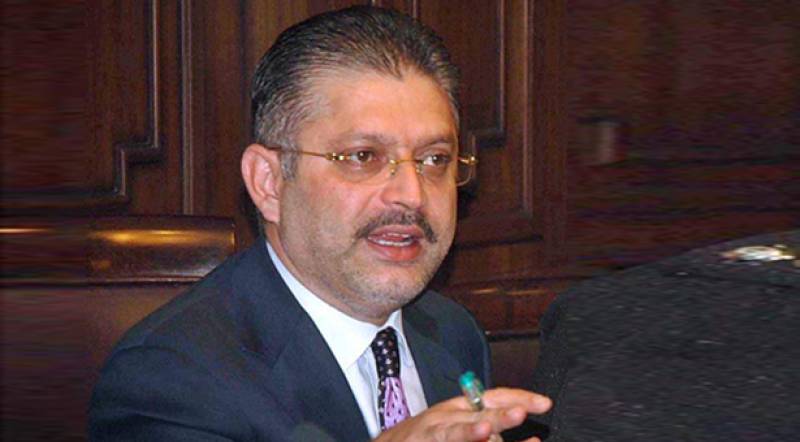 KARACHI - PPP's leader and former Sindh minister Sharjeel Inam Memon was arrested from the Sindh High Court (SHC) after his bail plea in a graft case was rejected on Monday.

Earlier in the day, SHC Chief Justice of Justice Ahmed Ali Shaikh dismissed the request of Memon and his 12 accomplices in a case of Rs5.76 billion corruption in information ministry, ordering their immediate arrest.

Following the orders, contingents of Rangers arrived outside the courtroom to implement the orders of the provincial high court.

The former information minister was taken into custody by the officials of National Accountability Bureau (NAB) as he reached the court.

Memon along with suspects have been accused of corruption worth Rs5.76 billion in the award of advertisements of the Sindh government’s awareness campaigns in the electronic media.

Memon, who served as Sindh information minister till 2015, returned to Pakistan in March this year after ending his nearly two-year-long self-imposed exile, was arrested on his arrival by NAB but later obtained bail.

The other accused in the case include former Sindh Information Secretary Zulfiqar Ali Shalwani, officials of the information department and members of private advertising agencies.