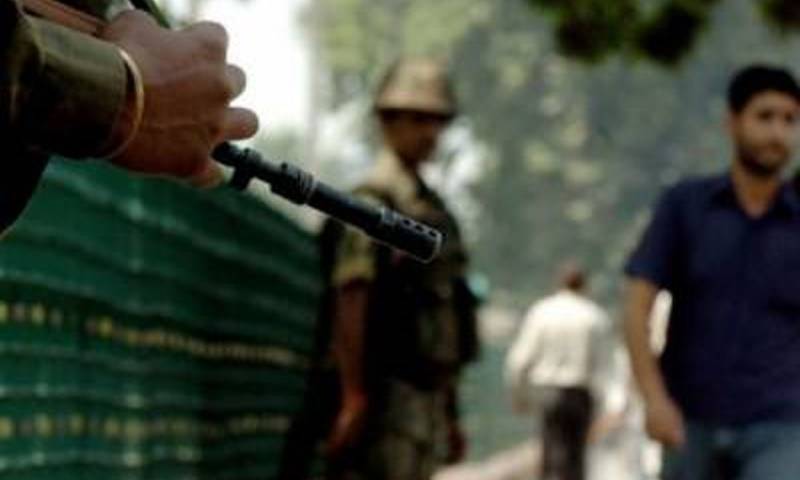 The Indian forces targeted the youth during a cordon and search operation at Rajpora in Tral area.

On Wednesday, people continue to observe complete shutdown as a mark of silent protest against the Indian occupation and revocation of the territory’s special status, the Kashmir Media Service reported.

Shops and businesses establishments remain closed for most of the time except for few hours in the morning and evening while public transport is off the roads. Government offices and educational institutions were open but almost no one turned up.

Although the authorities have restored landline and some postpaid cellular connections but a total ban remains enforced on the internet and prepaid mobile phones. Being unable to speak with their loved ones, millions of people are suffering emotionally and psychologically as a direct result of the continuing siege.

Local newspapers have been reduced to few pages and they couldn’t update their online editions since the 5th of August because of the gag on internet.

WASHINGTON – The United States is concerned over the current situation in Occupied Kashmir and is closely monitoring ...

On the other hand, influential American lawmakers expressing serious concern over the situation in occupied Kashmir said India needs to uphold its commitment to human rights. The lawmakers aired their concerns during a Congressional hearing on ‘Human Rights in South Asia: Views from the State Department and the Region’.