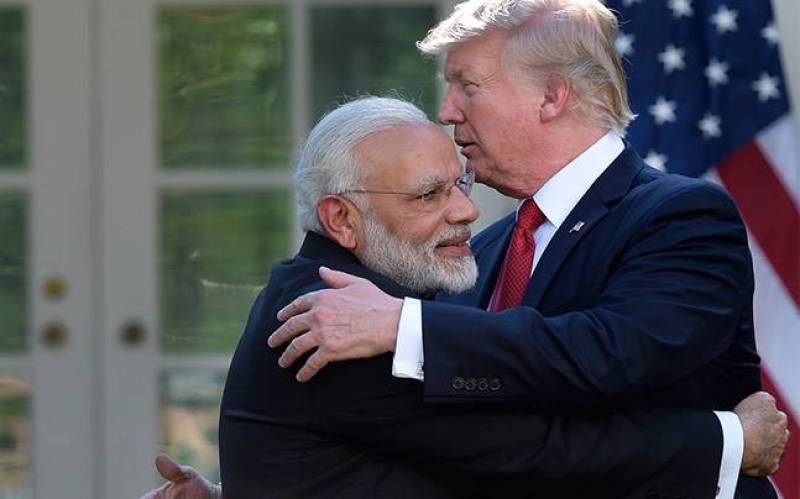 NEW YORK – The refusal by leading Western countries to call out human rights abuses by Indian Prime Minister Narendra Modi has only emboldened him in pushing his anti-Muslim agenda, according to the head of of Human Rights Watch (HRW).

"Modi has largely got away with his anti-Muslim agenda and his oppression of protests against it, that is the relative lack of criticism from the West has only emboldened him on this abusive path," Kenneth Roth, HRW's executive director, said in an exclusive interview with Newsweek, a widely circulated American magazine.

Roth said the desire of leading countries in the West to use India as a counterweight to China's power and influence as well as the unprincipled approach to human rights pursued by US President Donald Trump had only emboldened the Indian prime minister's decision to undermine the human rights of Muslim citizens.

Besides Muslims in India, Modi had also been accused of undermining human rights in Indian occupied Kashmir, it was pointed out. Last year, he revoked the region's special status, imposed a year-long curfew, restricted the movement of people and shut down internet services for the longest period of time in any democracy.

Roth told Newsweek: "The big issue with India is Prime Minister Modi's systematic discrimination against Muslims and his tolerance of violence against Muslims.

"Current PM Modi, who leads the Bharatiya Janata Party (BJP), was banned from both the United Kingdom and the United States for his role in the 2002 anti-Muslim Gujarat riots, in which more than 1,000 people were killed in communal violence, most of them Muslims. At the time, Modi was the then chief minister of Gujarat and stood accused of 'allowing' the anti-Muslim riots to go ahead. In 2012 a court in Gujarat said it found no evidence of Modi's connection to the riots.

Since coming to power, Newsweek noted that Modi had faced growing criticism from opposition parties and human rights organizations over his treatment of minorities, with the United Nations (UN) labeling a citizenship law that Modi's government passed as "fundamentally discriminatory".

The bill was also closely linked to a National Register of Citizens, where people have to provide documents proving their lineage and that they are not residing in India illegally. Given the high levels of illiteracy and poor record-keeping, the magazine cited human rights groups as saying that the move is designed to render millions of Muslims stateless.

Roth, the HRW chief, said: "Modi has largely got away with his anti-Muslim agenda and his oppression of protests against it, that is the relative lack of criticism from the West has only emboldened him on this abusive path.

"In the Indian state of Assam, 1.9 million Muslims were made stateless.

"Modi has also received criticism for the human rights situation in Kashmir after he revoked the region's autonomous status by repealing Article 370 of the Indian constitution, which gave the region its own constitution, flag and freedom to make some laws." Roth said: "His (Modi's) withdrawal of Kashmir's special constitutional status and the subsequent crackdown on dissent, shutting down the Internet, all are part of this broader anti-Muslim element of BJP policy, which Modi either participates in actively or simply tolerates, including the so-called cow-vigilantes, who are basically vigilantes who attack Muslims." The magazine noted that human rights organizations had also accused Indian armed forces of serious human rights violations in the disputed state, with civil society groups in the country saying rape, torture and forced disappearances were routine in the country.

Asked by Newsweek why are Western governments reluctant to call out human rights violations in India, Roth said: "It's [Kashmir] one piece of a larger anti-Muslim agenda which the West has largely ignored. India is a major power, a major country. There is increasing tension with China and some just soften the criticism of India because they see it as an ally in competition with China.

"Trump is utterly uninterested in calling out any human rights violation by anybody other than a handful of perceived adversaries: China, Venezuela, Iran, Nicaragua and Cuba and that's about it, which is a completely unprincipled approach to human rights, which does not attract any adherence and greatly weakens the force of US intervention."Newsweek said the Indian government had been contacted for comment.