US presses Pakistan to target Haqqani Network after Kabul bombing 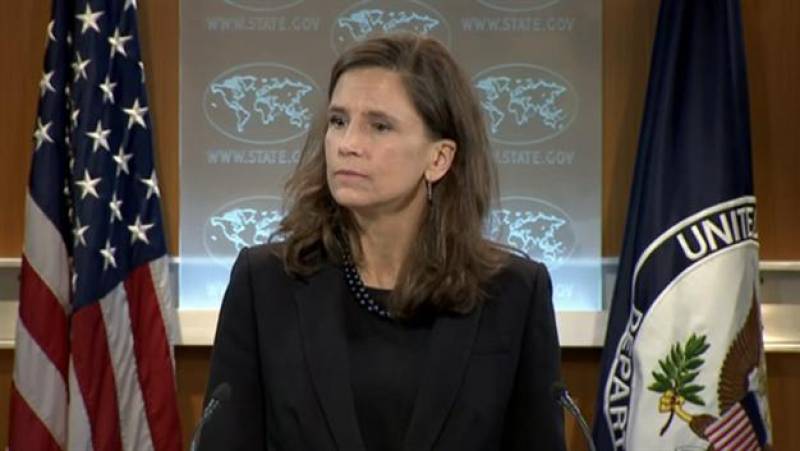 Speaking at daily news briefing, the US State Department Director Press Office Ms Elizabeth Trudeau said that Pakistan has exhibited a strong will against militancy and we want to encourage them for taking more steps in this regard.

To a question about the aftermath of Kabul bombing, she said that US has approached the Pakistani authorities urging them for a more effective action against Haqqani Network, as Afghan government believes that the militant group had planned and executed the bomb attack last week.

She said that such attacks directly affect the joint efforts of United States, Pakistan and Afghanistan to restore the war torn region.

At least 24 people died while over 200 were left severely wounded in central Kabul as a huge explosion struck a building near Afghan presidency and NDS headquarters on Tuesday.

According to Afghan media, exact target of the blast were security forces who are responsible to provide protection to VIPs. Gunshots were also fired after the blast.

Several other key buildings including offices of Afghan ministries are also located next to presidency and NDS headquarters. US embassy and NATO coalition base are also located in the same area.

Warning sirens were rang at the US embassy following the blast’s sound. However, a spokesman said that embassy was not affected by the blast. The NATO’s military coalition base also said that it remained safe in the tragedy.