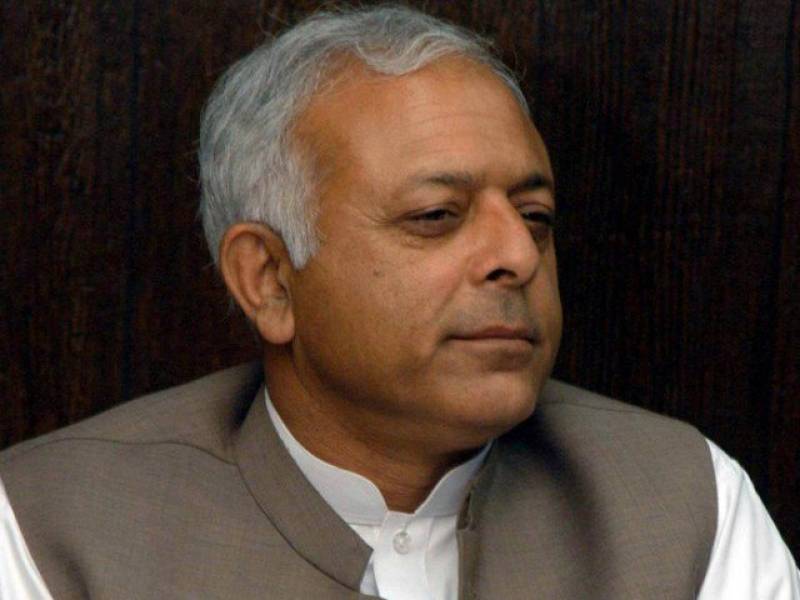 ISLAMABAD - Minister for Petroleum Ghulam Sarwar Khan on Friday assured that the petroleum prices and taxes will be reviewed and fixed in accordance with the international market prices.

In a presser the petroleum minister said, we will particularly review the price of diesel and ensure to make its price on par with the price of petrol which was cheaper than petrol before 2004 and now its price is higher than the petrol.

Pakistan Petroleum Limited (PPL) has discovered new oil exploration of 23 Million Cubic Feet per Day (MMCFD) at District Sanghar of Sindh with the production of 91 barrels per day. He said that country has rich oil resources, which will be focused on and explored in the coming days for improving local production, Ghulam added.

Replying to a question, he said that all major agreements particularly those which were hidden will be examined and placed on the ministry’s official website. He added the ministry will examine itself all such agreements before any step of the National Accountability Bureau (NAB).

He said that under the new policy, in future no any official will be allowed to hold duplicate, acting or additional charge along with actual charge in the ministry and attached companies. He added professionals will be appointed on all vacant posts through advertisement.

He said that in line with the policies of Prime Minister Imran Khan, efforts will be made to minimize the expenditures to protect the available resources while steps will also be taken to further minimize the line losses and other leakages in the petroleum sector.

He added there will be zero tolerance regarding corruption at any level and all additional official vehicles have to return back to the ministry by its officials manly high-ranking in the ministry or attached companies.

He said that efforts will be made for the early start of Turkmenistan–Afghanistan–Pakistan–India Pipeline (TAPI) project. He added the federal government was not moving ahead on the Pakistan-Iran gas pipeline project due to sanctions imposed on Iran, however, the government will try to avoid reaching such situation when Iran goes to International Court of Law.

Moreover, Ghulam Sarwar Khan has said LNG agreements will be reviewed and made public and corruption will not be tolerated at any cost and austerity measures will be taken as per the vision of the prime minister.

He said local production of petroleum products is just fifteen percent which will be increased and efforts will be geared up to exploit new reserves.