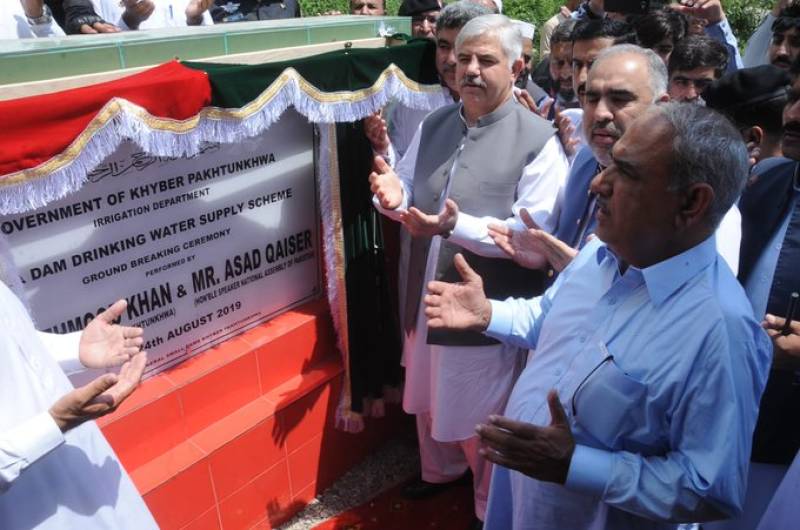 PESHAWAR – Speaker National Assembly Asad Qaiser Saturday laid the foundation stone of the Utla Dam in Gadoon area of district Swabi that would be completed in two year with cost of Rs1577 million.

The Utla Dam is expected to irrigate 48,000 kanal of arid lands in Utla and its suburbs.

Speaking on this occasion, the Speaker said that about 86 villages will benefit from the dam and they will get clean drinking water after its completion.

He said that after completion of Bady dam, the problems of the people about clean drinking water would be resolve and the project usher area is in phase of development and progress.

He said that a 40 beds category-D hospital, degree college and roads would be constructed in the area to fulfill the promises made with people during general elections.

Asad said that 220-KVA grid station would also be constructed with a cost of Rs 5.5 billion that would resolve the problem of low voltage and load shedding. He said that the government is making efforts to provide gas facility to people and start other developmental schemes in the district. 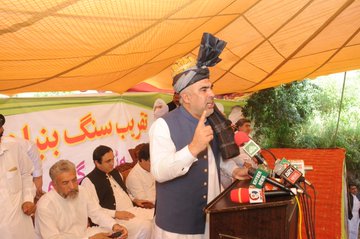 Condemning the brutality of Indian forces in Indian Occupied Kashmir, Asad stated that such brutal incidents cannot suppress the struggle of Kashmiris launched for the self determination. He said that barbarism of occupying forces in Kashmir would end at the destruction of India.