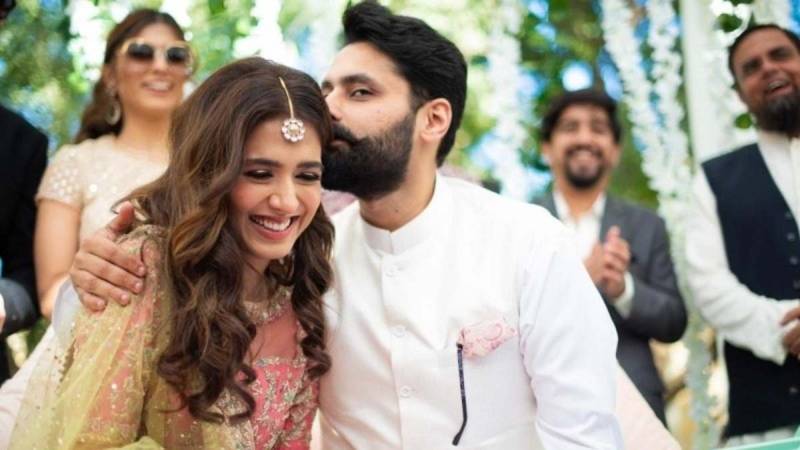 LAHORE- Jibran Nasir and Mansha Pasha are finally engaged! The couple looked absolutely breathtaking as videos and pictures of the event circulated heavily on Twitter and Instagram, with many congratulating the couple.

One video in particular however has drawn the attention of Twitterati. The video shows Jibran kissing his bride to be on the cheek with him subsequently joking about it being his right now.

The moral police have come forth, and regarded the act immoral on Jibran’s part.

<blockquote class="twitter-tweet"><p lang="en" dir="ltr">Some people here are tryna relate jibran nasir kissing his fiance with the idea of consent, justifying it, to be more precise. First of all, there&#39;s nothing to be justified and 2nd, you do not get her consent by asking the clueless guests if you can kiss her ????????‍♂️.</p>&mdash; FAHAD (@fahadkhattakk) <a href="https://twitter.com/fahadkhattakk/status/1209064924711915523?ref_src=twsrc%5Etfw">December 23, 2019</a></blockquote> <script async src="https://platform.twitter.com/widgets.js" charset="utf-8"></script>