Moin Akhtar being remembered on his 69th birth anniversary 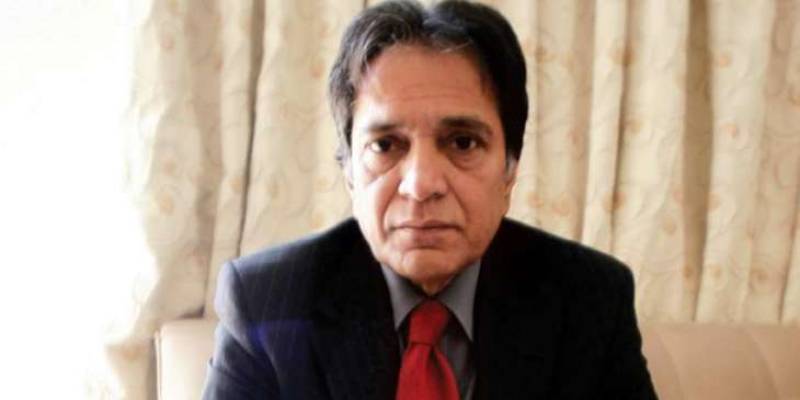 LAHORE - Pakistani TV legend and director Moin Akhtar was being remembered on his 69 birth anniversary. All over the country, various events were organized by her fans and comedy lover to remember his services in the field of comedy.

Born on December 24, 1950, Moin Akhtar was considered as a comedian of an extremely high standard in Pakistan with experience of entertaining his audience for a long time.

He was awarded Pride of Performance and Sitara-e-Imtiaz by the government of Pakistan for his services to the entertainment sector of the country.

From theatre to the silver screen, Moin Akhtar’s work introduced nonstop laughter for everyone and became popular among the entertainment loving audience.

He was liked for providing humour for people of all ages, and with a style that remains unmatched. His attempts to avoid vulgarity in his humour rendered him a favourite amongst family audiences. Akhtar was fluent in several languages, including English, Bengali, Sindhi, Punjabi, Memon, Pashto, Gujarati and Urdu. He performed not only in Pakistan but played in several stage shows like Bakra Qiston Pe and Buddha Ghar Pe Hai with Umer Sharif in India too.

It’s been many years since Moin Akhtar passed away but his legacy is proof that he may be gone but never forgotten, said famous actor Zeeba Shehnaz.

She said that his long-standing double act with writer Anwar Maqsood in Loose Talk made him an idol adding that in Asia no one can beat her Sense of honour with little satire to eliminate evil from society.

It is difficult to do justice to his charismatic, larger-than-life presence with mere words, she stated.

#OnThisDay in 1950, veteran actor and humorist Moeen Akhtar was born. The void he left can never be filled. #M9News #moinakhtar #pakistanicelebrity #lollywood #showbizpakistan

According to their fans on social media, “Moin’s comments were not only the characters that brought life in comedy but he was real asset for maintaining stage and TV,” “Moin’s personality and skills are still a source of learning for the new artists and the Pakistani TV, Film and theatre industries can hardly produce such comedy maestros,” they said.

The comedies of Moin Akhtar are an inspiration for many young comedians to guide them with proper techniques, skills and styles, they stated.