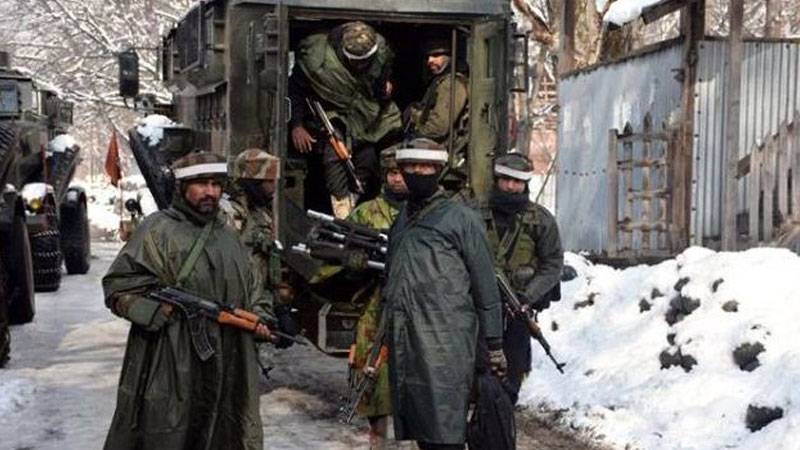 An additional 100 companies, around 10,000 soldiers started arriving on Saturday in the occupied valley, a day after India ordered the reinforcements.

India has already more than 700,000 security personnel in the held valleys of Jammu and Kashmir.

ISLAMABAD – Members of the sub-committee on Human Rights of European Parliament have called for implementation of the ...

Malik was arrested after a raid at his Maisuma residence overnight in Srinagar. The overnight arrests also included many senior members of JeI.

A complete shutdown is being observed across the territory, today, against India’s arbitrary measures like mass arrest, killings and attempts to repeal Article 35-A that grants special rights to the permanent residents of Jammu and Kashmir.

ISLAMABAD – Participants of the international conference on the human rights situation in Jammu and Kashmir held at ...

Call for the strike has been given by Joint Resistance Leadership comprising Syed Ali Gilani, Mirwaiz Umar Farooq and Muhammad Yasin Malik.

Chairman of All Parties Hurriyat Conference, Syed Ali Gilani, in a statement, said the unrealistic attitude of Indian leadership had created death and destruction in the territory.

Meanwhile, the targeted onslaughts against Kashmiris in India continue unabated as three more Kashmiri youth were attacked by Hindu extremists in New Delhi. A journalist was also beaten up by the Hindu fanatics in Pune.

NEW DELHI - Amid a wave of violence in Jammu and Kashmir, Indian Supreme Court on Friday ordered to enhance protection ...

Earlier, Indian Supreme Court had ordered to enhance protection for Kashmiris who are facing a violent backlash from ultra-nationalist groups in the aftermath of the Pulwama attack.

The top court told state governments and police chiefs to ensure there are no 'attacks, threats or social boycott' over the February 14 bombing in which over 40 Indian soldiers were killed.