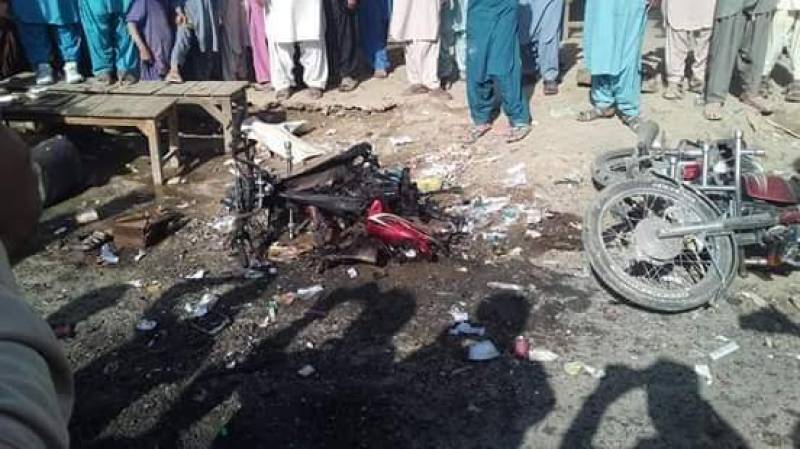 QUETTA – At least one person was killed while five others were injured in a blast in Dera Murad Jamali on Sunday.

Three of those injured are said to be in a critical condition.

Media reports said that the terror incident took place near Mazdoor Chowk in Dera Murad Jamali. The explosion was so loud that it could be heard to distant places.

The blast resulted in a stampede, causing terror among the local population..

Security sources said that one person has been killed while five others have been injured in the blast.

The injured have been shifted to hospital for treatment.

Police said that according to the preliminary investigation, the explosive material was implanted in a motorcycle.