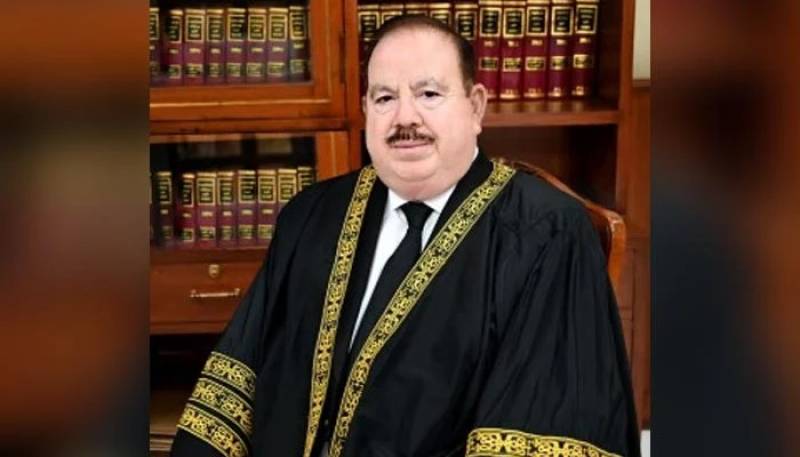 ISLAMABAD – Supreme Court Justice Sardar Tariq Masood on Tuesday recused himself from hearing appeals against the objection raised by the Registrar's Office to the petition seeking probe into a cipher that allegedly carried threats from the US to the Imran Khan government.

During today’s in-chamber proceedings, Justice Masood refused to hear the petitions and sent them back to Chief Justice of Pakistan Umar Ata Bandial. He asked the chief justice to pick someone else for the hearing of the appeals.

In the petitions, the top court was asked to form a high-level commission to probe Imran Khan’s allegations that a conspiracy was hatched to send his government packing. The Federation of Pakistan through the law and justice secretary, the prime minister and the cabinet secretary had been made respondents in the case.

However, the pleas were earlier returned by the Registrar’s Office due to objections. Subsequently, the petitioner challenged the registrar’s decision and sought in-chamber hearing of the case.

The cipher controversy started in March 2022 when the then joint opposition submitted a no-confidence motion against the then Prime Minister Imran Khan. On March 27, Khan waved a letter at a public gathering claiming that it contained evidence of foreign conspiracy against his government.

Days after brandishing the letter, Khan, who lost no-trust vote on April 10, claimed that the conspiracy against his government was spearheaded by the US. He said the allegations were based on the cipher sent by then Pakistan Ambassador to the US Asad Majeed in which the envoy explained details of his meeting with Assistant Secretary of State for South and Central Asia Affairs Donald Lu.

Majeed had reportedly said that Donald Lu warned that bilateral relations between Pakistan and the US would be strained further if Imran Khan continues as PM.

The US has categorically rejected the allegations as baseless.

‘We just have to play with it’: Imran Khan’s audio leak about US cipher surfaces