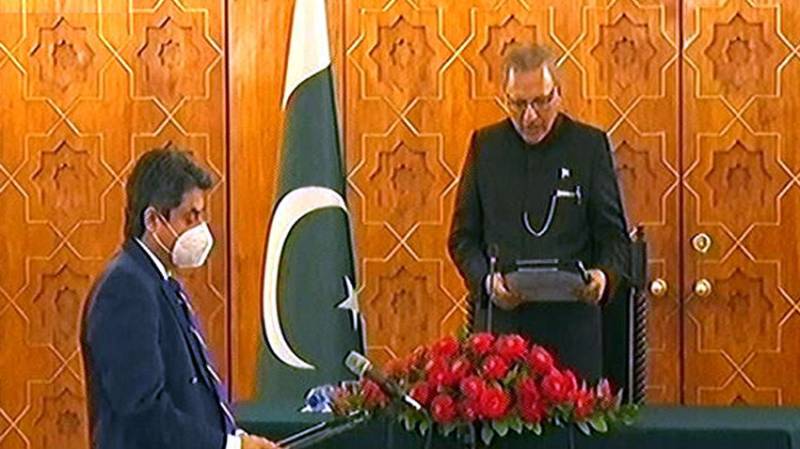 ISLAMABAD - Barrister Farogh Nasim was sworn in as a Federal Minister for Law for third time on Friday.

President Dr Arif Alvi administered the oath to Farogh Nasim in the presence of other dignitaries at a ceremony at Aiwan-e-Sadr Islamabad.

Farogh Naseem had resigned for the first time when he was hired by the federal government in a case related to extension of Army Chief General Qamar Javed Bajwa’s tenure in the Supreme Court.

He was sworn in as Federal Law Minister for the second time after the completion of the case.

He, however, had to resign again from his ministry when Justice Faiz Isa of the Supreme Court filed a petition against his presidential reference.