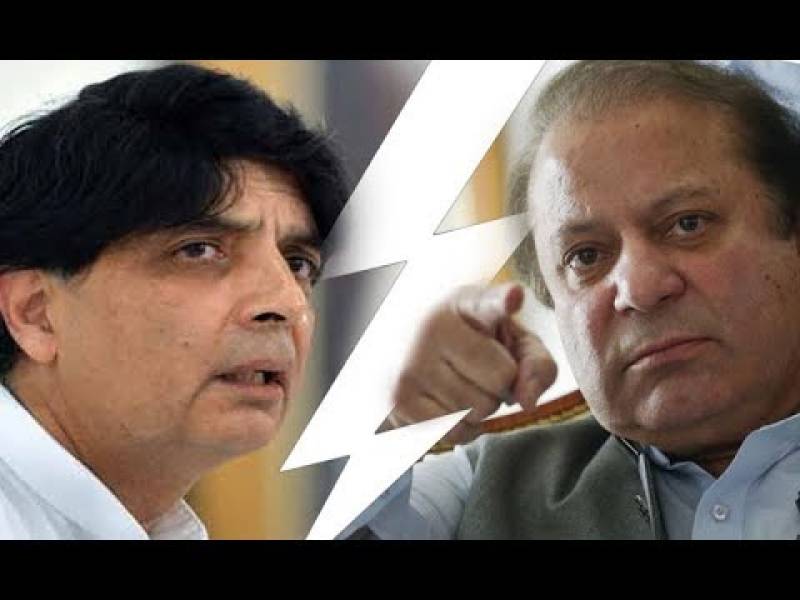 Raja Qamarul Islam will be PML-N's candidate for NA-59 and PP-10, while Mumtaz Khan has been fielded in NA-63.

Ch Nisar will face Faisal Qayyum Malik of PML-N at the PP-12 constituency.

Earlier, it was rumoured that Shehbaz Sharif-led PML-N would not field a candidate against Ch Nisar in the forthcoming general elections, scheduled on July 25.

As per media reports, the party made the decision in order to keep its doors open for the former interior minister.

All the assumptions flew away when PML-N announced its candidates against dissident Nisar who is contesting polls as an independent candidate.

ISLAMABAD - Former interior minister Chaudhry Nisar Ali Khan clarified on Friday that he was still a worker of ...

Chaudhry Nisar has started his election campaign in his constituencies NA-63, NA-59, PP-10 and PP-12 to contest general elections.

Earlier on Friday, former interior minister Chaudhry Nisar Ali Khan clarified in a presser that he was still a worker of embattled Pakistan Muslim League Nawaz and had cordial relations with the parliamentarians of the party.

Nisar denied comments attributed to him relating to former premier Nawaz Sharif. He said that he had issued a rebuttal of the fake news reported on media a few days ago.

“The comments that ‘Mian sahib won’t be able to show his face’ and that ‘there are 10 flaws in the PTI and a hundred in the PML-N’ were attributed to me,” Nisar said and added that he never made such comments.