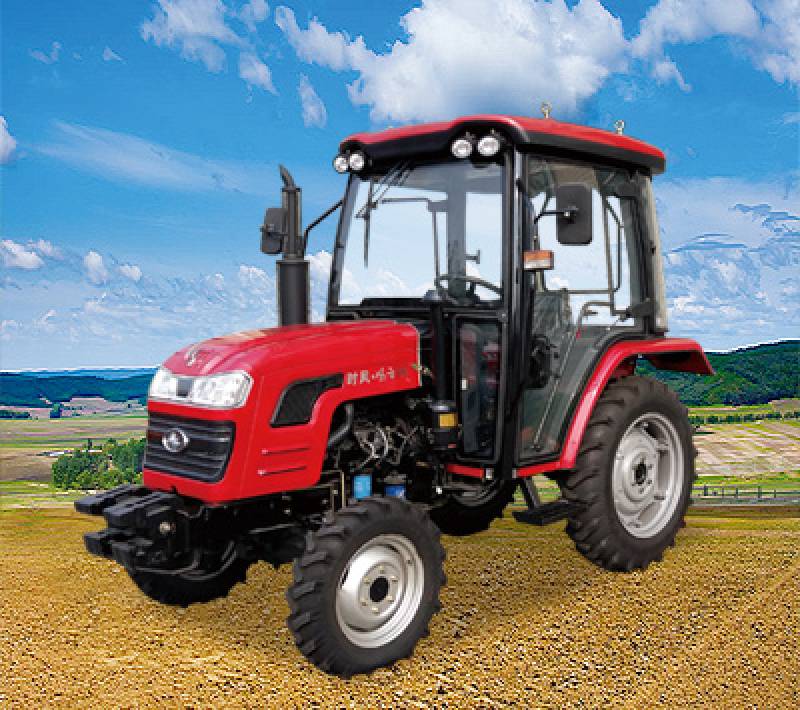 LAHORE - After successful marketing of small tractors in Khyber Pakhtunkhwa, SHIFENG, leading agricultural machinery and automobile manufacturing Chinese Company is soon launching a range of small power tractors in Punjab, in the name of DAILUDA & SHIFENG.

‘We are selling our small horsepower tractors in KPK for the last seventeen years, which are successfully helping the small scale land-holders to meet their requirement of ploughing and harvesting. Now we have decided to explore the market of the Punjab province where huge potential exists in shape of small farmers who cannot afford the big tractors owing to the high prices,’ said Rashid Mukhtar, a representative of Dailuda-Shifeng.

He was speaking to a selective gathering of stakeholders at the sidelines of the Punjab Agri-Expo 2019 arranged by the Punjab Agriculture Department (PAD) at the Lahore Expo Centre. Pakistan-China Joint Chamber of Commerce and Industry (PCJCCI) Vice Chairman Standing Committee on China Affairs, Yousaf Fa, PCJCCI Salah Uddin and a large number of other dignitaries were also present on this occasion.

Rashid Mukhtar said that the introduction of 25 HP to 35 HP small tractors in Punjab will be another reflection of continued and developing Pak-China cooperation. He said that since land-holdings are dividing as inheritance and now there are more small land-holders, affording a big tractor is not possible for them. ‘Price of our machine will be in their reach and it will be sufficient to meet all their agricultural needs,’ he added.

Replying to a question, he said that their company also manufactures different agricultural implements supported by its small tractors but they are not marketing those as there are quite number of good manufacturers in Punjab especially in Okara whose implements can be used with these tractors.

He said that their company also deals in diesel engines and three-wheelers while working on the introduction of electric cars also. He said that they have plans to introduce these electric cars in Pakistan too but prior to it charging stations of these vehicles have to be setup by the government. He said their vehicles can go up to 200 kilometers with one charge and there should be a charging station to re-power it.

To another query, he said that import is not a solution to introduce new gadgets to any market. Ultimately, one has to go towards manufacturing it locally and Dailuda has plan to setup a facility in Pakistan too for its small tractors and other machinery. ‘We will take local vending industry and dealers on board, once we will finalize our program to go for manufacturing in Pakistan,’ he concluded.