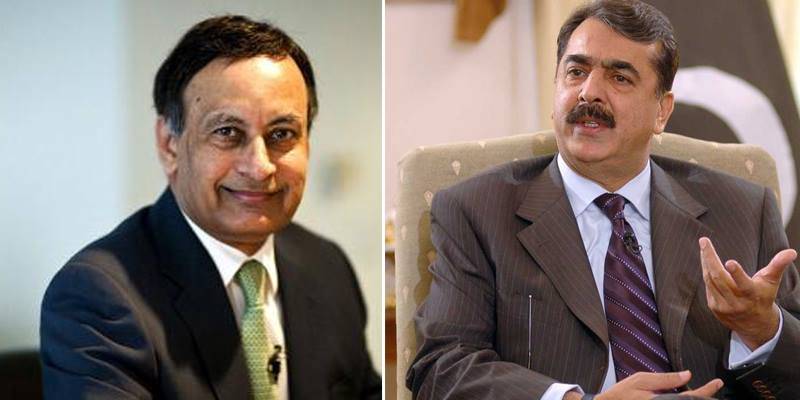 ISLAMABAD - An official letter that harks back to 2010 revealed that former prime minister Yousaf Raza Gillani authorised the then ambassador to US Hussain Haqqani to issue visas to US officials.

The document, dated July 14, 2010 surfaced days after Haqqani claimed that, with the permission of the then elected government, he had facilitated the presence of large number of CIA operatives in Pakistan to track down Osama bin Laden.

The document is leaked at a time when political stalwarts including defence minister Khawaja Asif have proposed large scale inquiry into the revelations of Hussain Haqqani regarding stationing of CIA operatives in Pakistan and apparently it seems the document leak is intentional in a bid to rescue the ambassador as it testifies his claims. 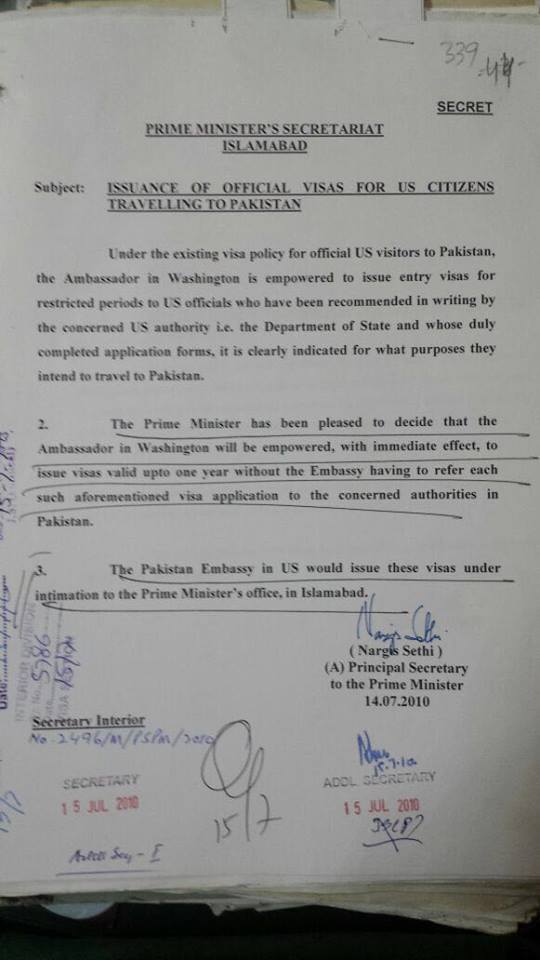 Bearing signatures of Principal Secretary to the prime minister, Nargis Sethi, the document could prove to be a mighty blow to the already stumbling Pakistan peoples party.

"The Ambassador in Washington is empowered to issue visas valid up to one year without the Embassy having to refer each such aforementioned visa application to the concerned authorities in Pakistan," states the letter.

"The ambassador in Washington is empowered to issue entry visas for restricted periods to US officials who have been recommended in writing by the concerned US authorities, i.e. the Department of State and whose duly completed application forms, it is clearly indicated for what purposes they intend to travel to Pakistan," it adds.

What could perturb the former premier is the fact that he on march 15 categorically refuted the allegation that he issued visas to Americans.

'Neither Mr Zardari nor I had sanctioned visas to US security officials against rules. The procedure involving screening by state agencies is followed in such cases,' Mr Gilani said, adding that nobody could challenge his loyalty to the country.

‘My government had placed Mr Haqqani’s name on the ECL to stop him from leaving the country in [connection with] the Memogate … who allowed him to leave the country?’ Gilani asked, adding that while president Asif Ali Zardari was out of the country, he had ensured that Mr Haqqani had stayed in Pakistan’.

Hussian Haqqani, a close aide of Mr Zardari, was alleged to be behind a mysterious memo seeking Wash­i­n­gton’s help in blocking a possible military coup in Pakis­tan following America’s operation in Abbottabad that led to the killing of Osama Bin Laden.

The former ambassador to US stirred controversy when in an article published earlier this month, he admitted facilitating US for shooting down Osama Bin Laden without the help of Pakistan’s armed forces or intelligence agencies.

After the surfacing of latest document confirming, Gillani's role behind granting visa powers to Haqqani,  PPP's Senator Farhatullah Babar said that the visas to the American nationals were issued after following the due procedure.

'All the answers related to this issue are in Abbottabad Commission Report' said Babar.