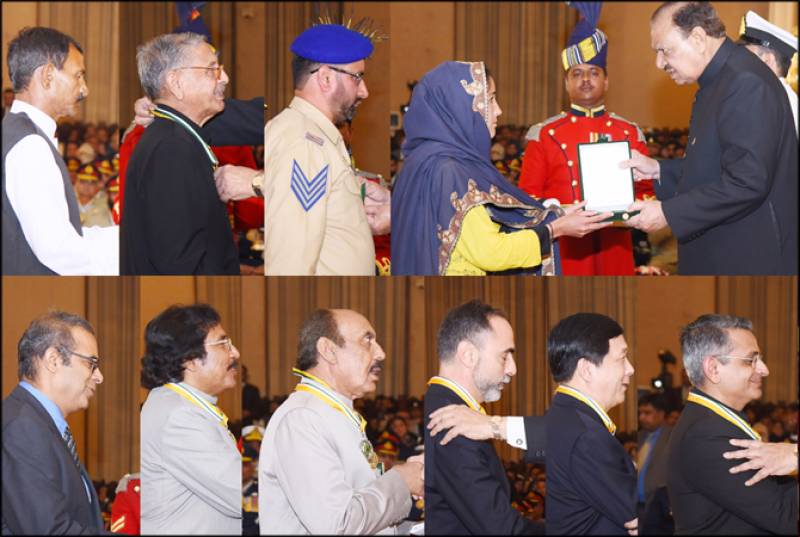 ISLAMABAD - President Mamnoon Hussain conferred 46 military and 50 civil awards on various personalities from different walks of life for their meritorious services in different fields on the occasion of Pakistan Day (Thursday).

Following are the recipients of Military and Civil awards: 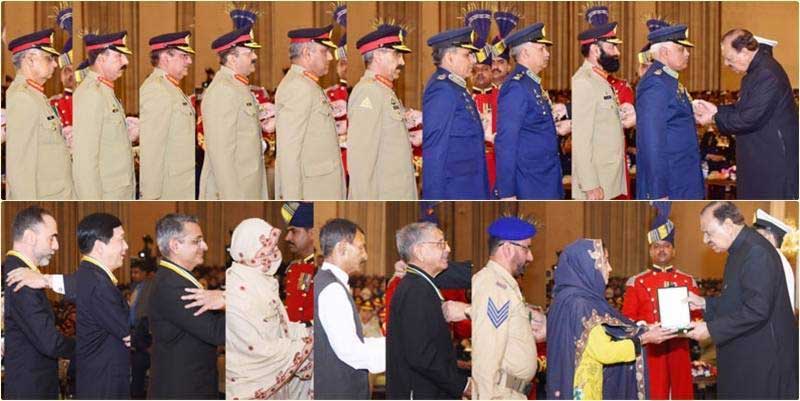 Nearly two dozen recipients were awarded in Lahore; nine in Karachi; eight in Peshawar; five in Quetta, and two in Gilgit. The ceremonies were held in four provincial capitals at the respective Governor Houses, and the G-B capital city.

Similarly, Chairman Joint Chiefs of Staff Committee decorated 33 recipients of the awards at Joint Staff Headquarters, while six foreign nationals and one Pakistani citizen were awarded by the heads of the Pakistani missions in the respective countries.