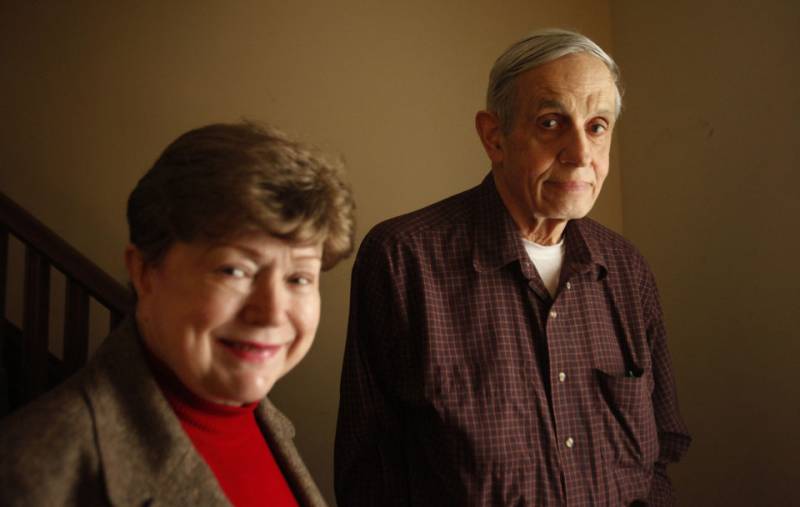 TRENTON (Web Desk) - John Forbes Nash Jr, a mathematical genius whose struggle with schizophrenia was chronicled in the 2001 movie A Beautiful Mind, has died along with his wife in a car crash on the New Jersey Turnpike. He was 86.

Nash and Alicia Nash, 82, of Princeton Township, were killed in a taxi crash on Saturday, state police said.

A colleague who had received an award with Nash in Norway earlier in the week said they had just flown home and the couple had taken a cab home from the airport, the Daily Mail reported.

Russell Crowe, who portrayed Nash in A Beautiful Mind, tweeted that he was 'stunned.'

'This is a great loss,' actress Jennifer Connelly, who played Alicia Nash in the film, said. 'John and Alicia Nash were an inspiration and I have deep admiration for all that they accomplished in their lives.'

Ron Howard, who directed the film, said on Sunday that 'it was an honor telling part of their story.'

Known as brilliant and eccentric, Nash was associated with Princeton University for many years, most recently serving as a senior research mathematician.

He won the Nobel Prize in economics in 1994 for his work in game theory, which offered insight into the dynamics of human rivalry. It is considered one of the most influential ideas of the 20th century.

Just a few days ago, Nash had received a prize from the Norwegian Academy of Sciences and Letters in Oslo with New York University mathematician Louis Nirenberg, who said he'd chatted with the couple for an hour at the airport in Newark before they'd gotten a cab.

Nirenberg said Nash was a truly great mathematician and 'a kind of genius.'

'John's remarkable achievements inspired generations of mathematicians, economists and scientists who were influenced by his brilliant, groundbreaking work in game theory, and the story of his life with Alicia moved millions of readers and moviegoers who marveled at their courage in the face of daunting challenges,' Eisgruber said in a statement.

New Jersey State Police say the Nashes were both ejected from the cab in the crash around 4:30 pm Saturday in Monroe Township, about 15 miles northeast of Trenton. They were not wearing seat belts.

The taxi driver, Tarek Girgis, was sent to hospital with non-life-threatening injuries. A passenger in the Chrysler was transported by ground to Princeton University Hospital complaining of neck pain.

No charges have been filed in the accident, which is still under investigation.

Nash, a West Virginia Native, won the Nobel Prize for Economics in 1994, the year before he joined the Princeton mathematics department as a senior research mathematician. 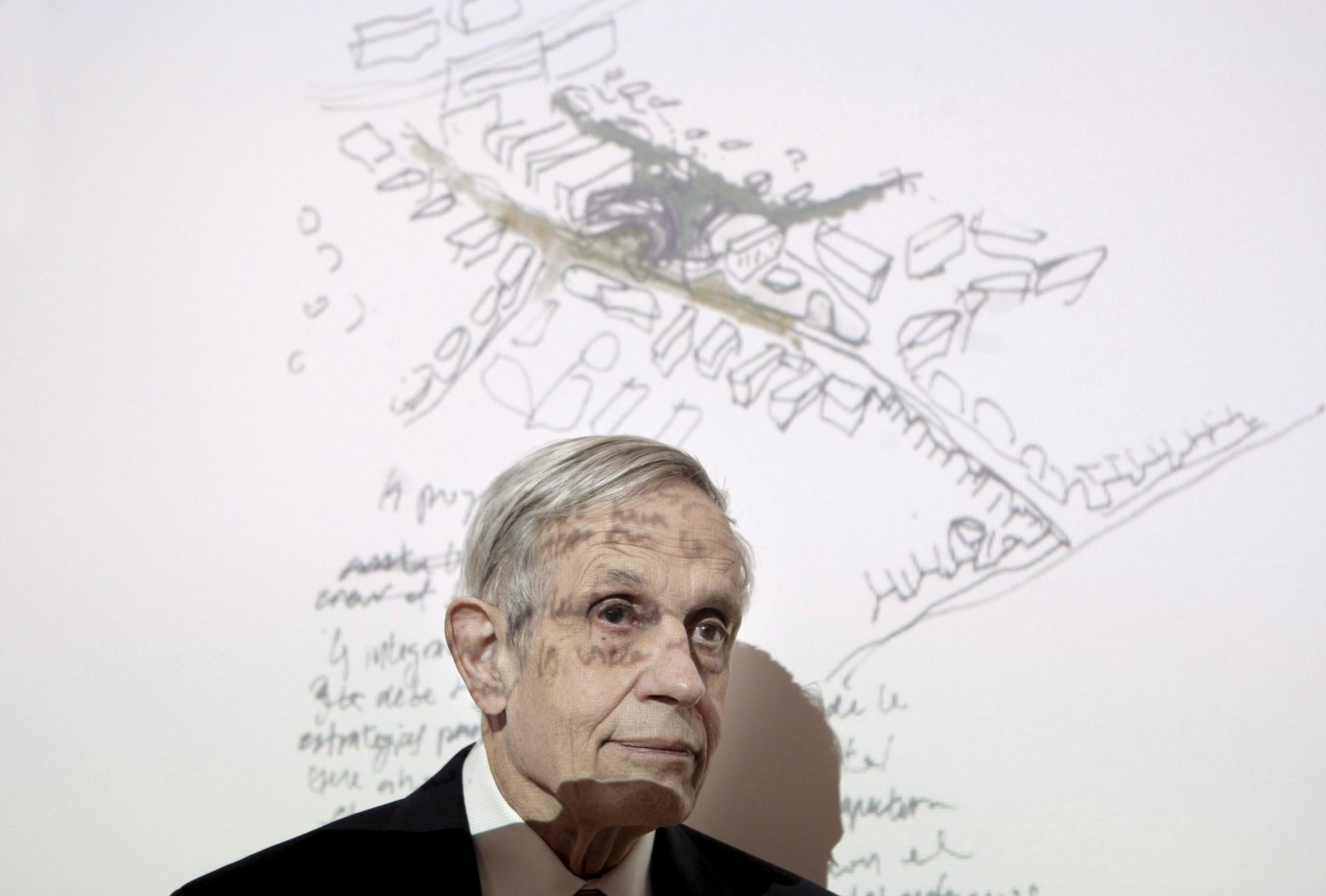 He is best known for his work on game theory and his struggle with paranoid schizophrenia, both depicted in the 2001 Hollywood movie in which he was played by Russell Crowe and his wife by Jennifer Connelly. 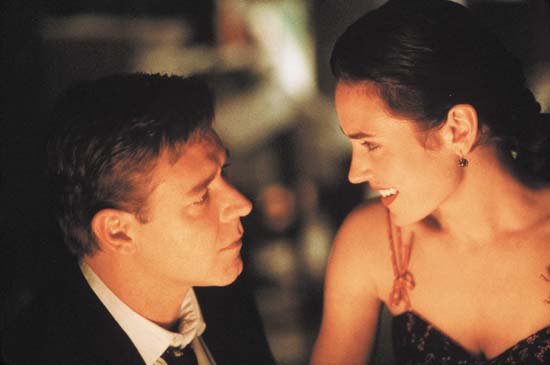 The couple had been married for nearly 60 years. They met in 1951 when he joined the faculty of the Massachusetts Institute of Technology in Cambridge and she, then Alicia Larde, was a student in his advanced calculus class. 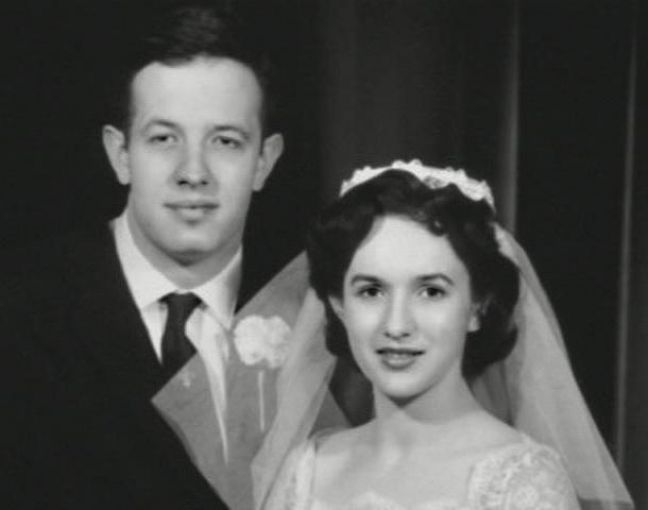 She later became his caretaker while he battled his mental illness. 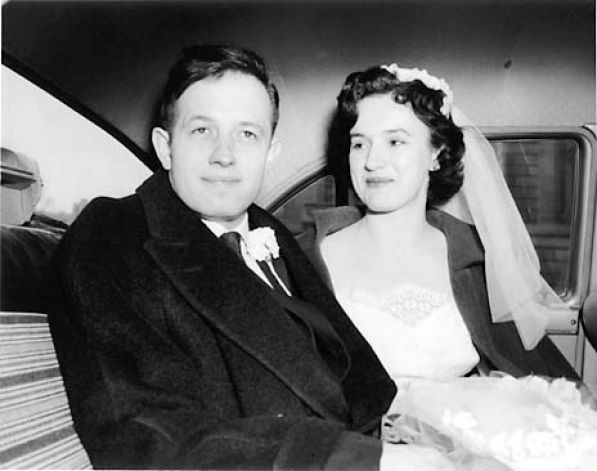 Nash is considered a giant in mathematics, particularly in the field of partial differential equations, but won the Nobel Prize in economics for a paper he wrote on game theory, the mathematics of decision-making.

In addition to the Nobel, Nash has won the John von Neumann Theory Prize (1978) and the American Mathematical Society's Steele Prize for a Seminal Contribution to Research (1999). 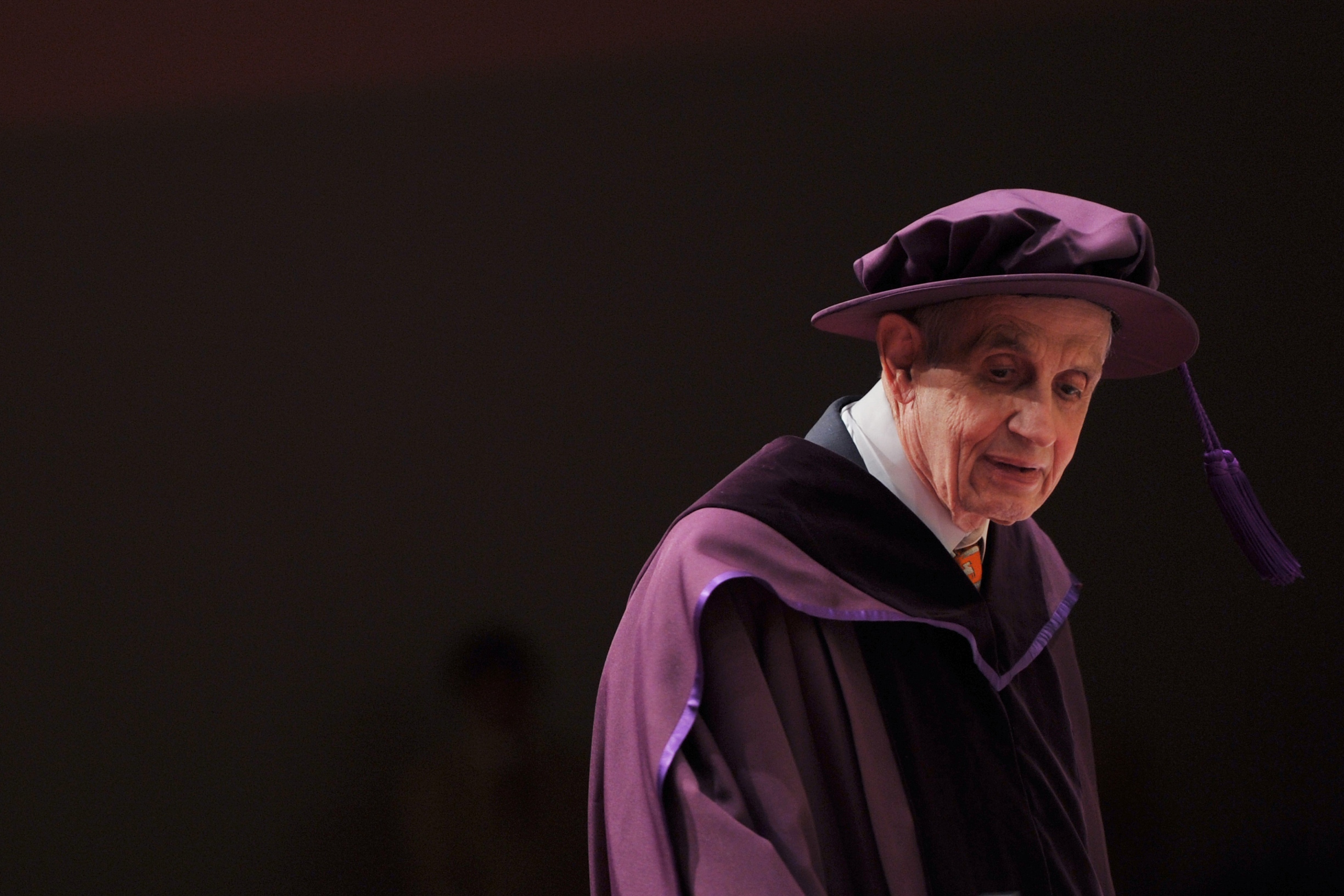 John David Stier, Nash's son with his first wife, said he learned of the death on Sunday morning. 'It's very upsetting,' he said. 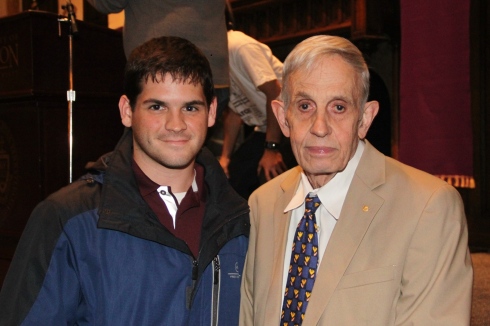 In an autobiography written for The Nobel Foundation website, Nash said delusions caused him to resign as a faculty member at MIT. He also spent several months in New Jersey hospitals on an involuntary basis.

However, Nash's schizophrenia diminished through the 1970s and 1980s as he 'gradually began to intellectually reject some of the delusionally influenced lines of thinking,' he wrote. 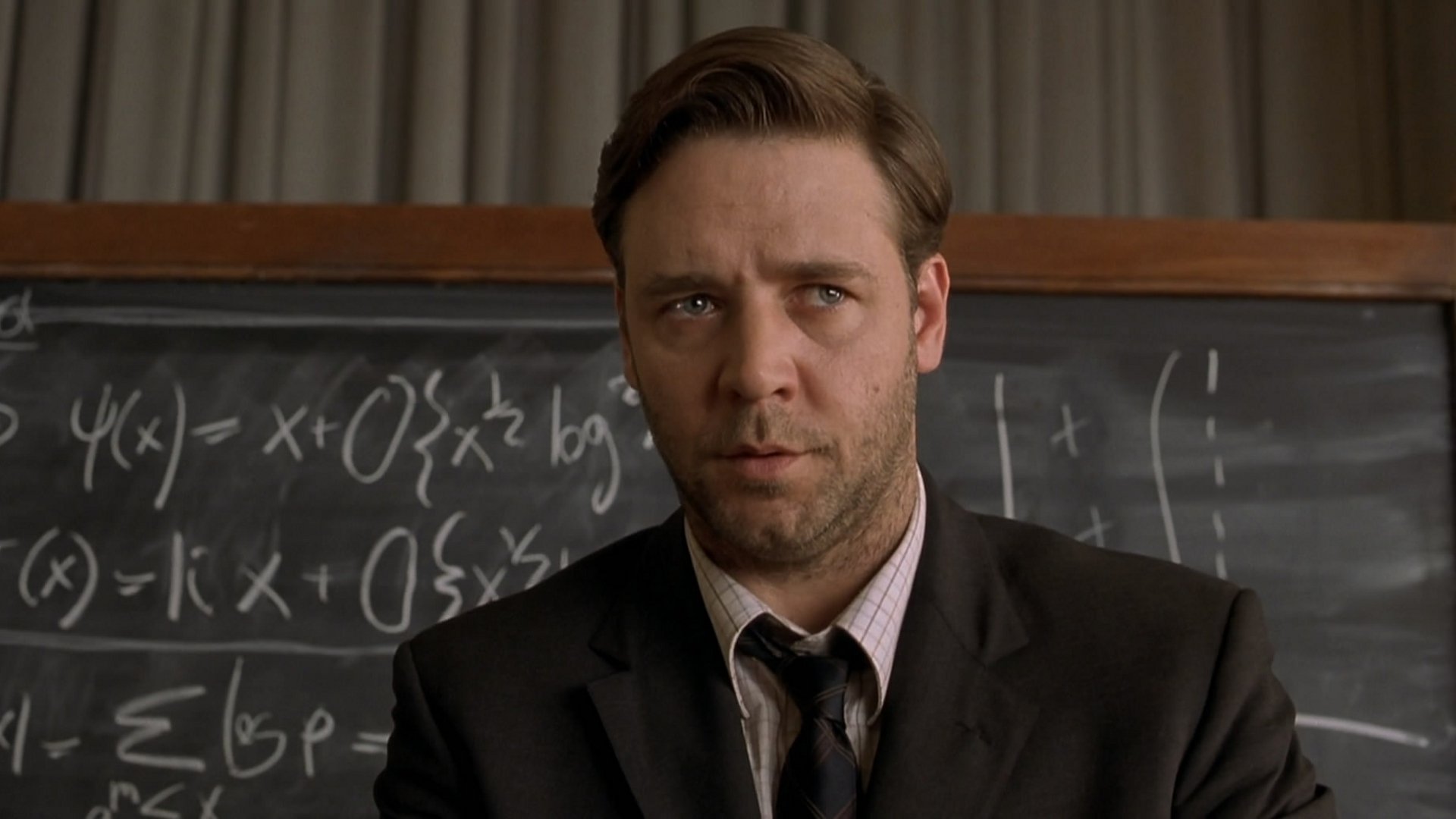 The movie was based on an unauthorized biography by Sylvia Nasar, who wrote that Nash's contemporaries found him 'immensely strange' and 'slightly cold, a bit superior, somewhat secretive.'

Much of his demeanor likely stemmed from mental illness, which began emerging in 1959 when Alicia was pregnant with a son.

The film, though, did not mention Nash older son or to the years that he and Alicia spent living together after divorcing.

The couple split in 1963, then resumed living together several years later and finally remarried in 2001.

Born in Bluefield, West Virginia, to an electrical engineer and a housewife, Nash had read the classic Men of Mathematics by E.T. Bell by the time he was in high school.

He planned to follow in his father's footsteps and studied for three years at the Carnegie Institute of Technology in Pittsburgh (now Carnegie Mellon University), but instead developed a passion for mathematics.

He then went to Princeton, where he worked on his equilibrium theory and, in 1950, received his doctorate with a dissertation on non-cooperative games.

The thesis contained the definition and properties of what would later be called the Nash equilibrium.

Nash then taught at the Massachusetts Institute of Technology for several years and held a research post at Brandeis University before eventually returning to Princeton.