Trump in Vatican: US president meets Pope Francis ahead of Nato summit in Brussels 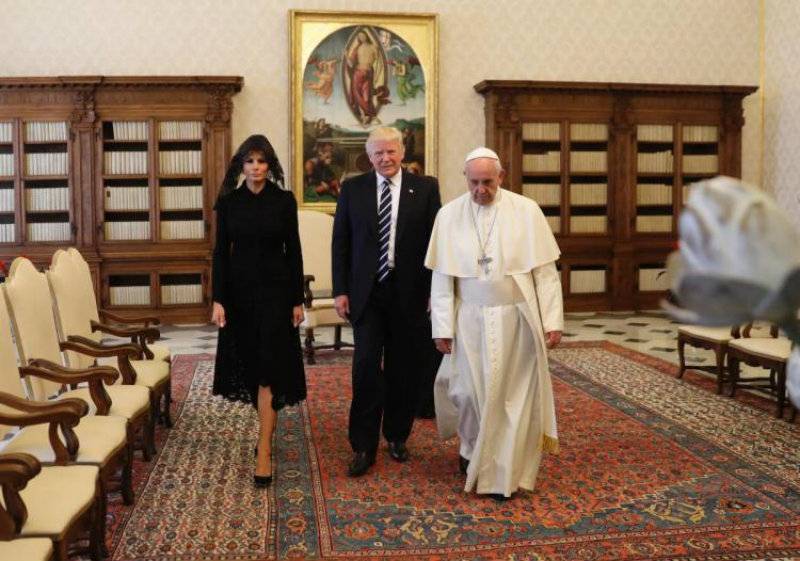 VATICAN CITY - US President Donald Trump met Pope Francis on Wednesday in Vatican City on the third leg of his overseas trip.

The Vatican, in a statement, said after the meeting that there had been an "exchange of views" on several unspecified international issues.

Trump and the Pope have already clashed at a distance on issues including migration and climate change. 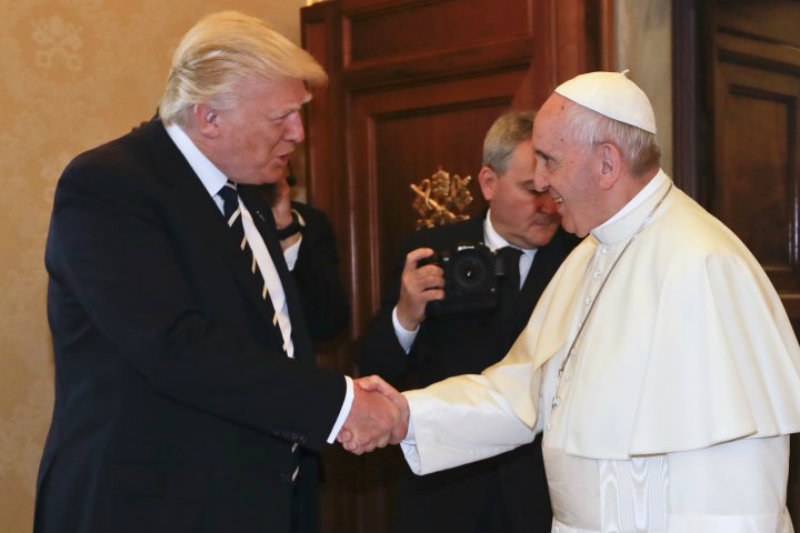 Trump and his entourage arrived at the Vatican just before 08:30, in a the meeting that was arranged at the last minute, the BBC reported.

The US president was greeted by Archbishop Georg Ganswein, the head of the papal household, and escorted by the Swiss Guard to the offices of Pope Francis.

Later, Trump told the Pope "it is a great honour". The two men spoke privately for about 20 minutes.

The Vatican said later that they shared a commitment to "life, and freedom of worship and conscience" and expressed hope that they can collaborate "in service to the people in the fields of healthcare, education and assistance to migrants".

On international affairs, their "exchange of views" covered the "promotion of peace in the world through political negotiation and interreligious dialogue", and highlighted the need to protect Christian communities in the Middle East.

After the meeting, they exchanged gifts. Trump gave the Pope a boxed set of writings by the civil rights leader Martin Luther King.

The Pope gave Trump a signed copy of a message he delivered for World Peace Day, along with some of his writings about the need to protect the environment. "Well, I'll be reading them," Trump told him.

Trump was joined not only by his wife, daughter and son-in-law but also Secretary of State Rex Tillerson and National Security Adviser HR McMaster. 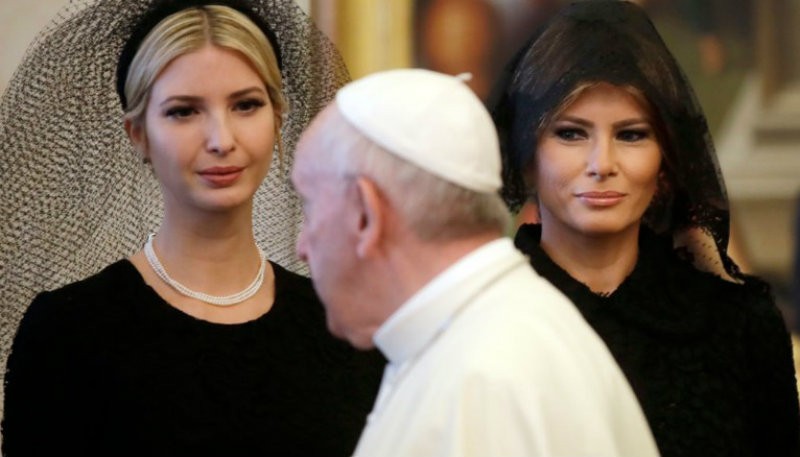 Both Melania and Ivanka Trump were dressed in black with their heads partially covered, in keeping with a traditional Vatican protocol that is no longer expected to be rigorously observed.

Melania, a Catholic, asked the Pope to bless her rosary beads.

Trump is also meeting Italy's president and prime minister. Later, he will fly to Brussels for a Nato summit.

The US leader began his foreign trip with a two-day stop in Saudi Arabia over the weekend, urging Muslim countries to take the lead in combating radicalisation.