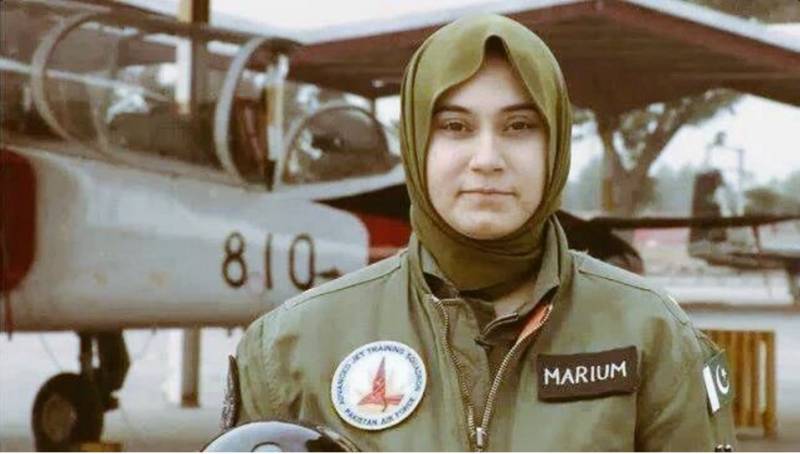 The plane 'FT-7' completely destroyed in the incident.

The instructor and female trainee pilot had managed to eject the plane, according to initial statement. However the later information confirmed death of Flying Officer Marium Mukhtiar during treatment at hospital while instructor, Squadron Leader Saqib Abbasi, remaining injured but out of danger now.

PAF spokesman said that an inquiry has been ordered following the incident which will thoroughly inspect the reason behind crash.

Marium Mukhtiar, who joined PAF in 2011, is first ever Pakistani female pilot officer to embrace martyrdom during flight. She was on flight operation training course.