Pakistan to empower farmers in tribal areas through mobile phones 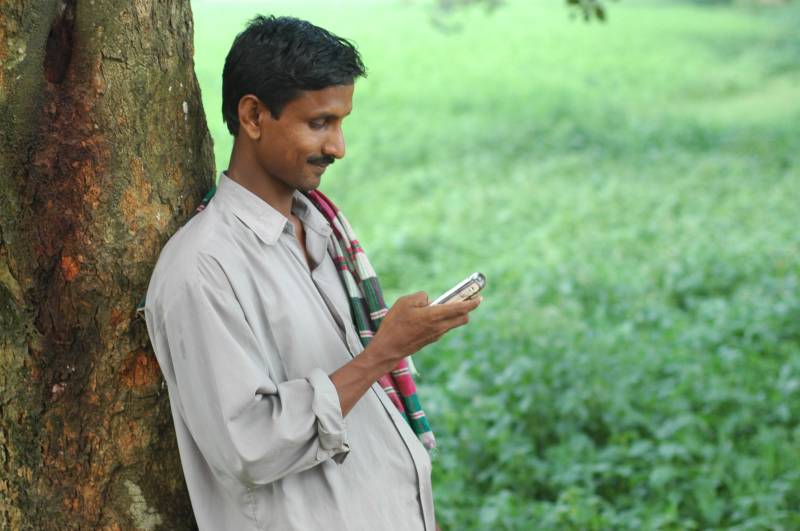 ISLAMABAD (Staff Report) - Ministry of National Food Security and Research would engage mobile phone companies operating in the country to educate and create awareness among the farmers about modern agricultural practices.

The initiatives would help to create awareness among the farming community living in far-flung areas of the country about different crops where other source of communication were not available, said Minister for National Food Security and Research, Sardar Sikandar Hayat Khan Bosan.

Talking to media on Tuesday, the minister said the awareness programme would also help in updating the farmers about the proper time of crop cultivation as well as modern techniques of cultivations.

The programme would also help enhance par acre crop output by educating the farmers of remote areas about the proper use of fertilizers on appropriate time and use of pesticides, he added.

Bosan said the move would also help to aware and inform farmers about the weather conditions in their respective areas which plays major factor of agriculture out comes.

Responding to a question, he opined that field extension system working across the country had failed to assist and facilitate the farmers for bringing desired results adding that rapidly growing use of mobile phones would be utilized a tool of awareness of farmers across the country.

He said the government has also earmarked Rs.44.83 million for the project monitoring of crops through satellite technology during the current fiscal year adding that Rs.17.985 million has also been released for the project.

It would also help in monitoring the crop health through satellite besides pest attacks and weather impact on the crop, he added. Besides, he said that new markers would also be established to

facilitate the growers particularly small call growers to sell their produces near to their fields and discourage the role of middle man who was exploiting farmers.

The Minister said that government is also organizing an International Conference on Agriculture in the second month of next year, adding that D-8 members countries would attend the event.

The event would also provide an opportunity to learn from the experiences of these countries to uplift of local agriculture sector by exploiting its true potential, he added.

To a question, the minister said that government has allocated Rs. 1545.700 million in Public Sector Development Programme (PSDP) for the current financial year where as an amount of Rs. 579.212 million has already been released for different developmental projects.