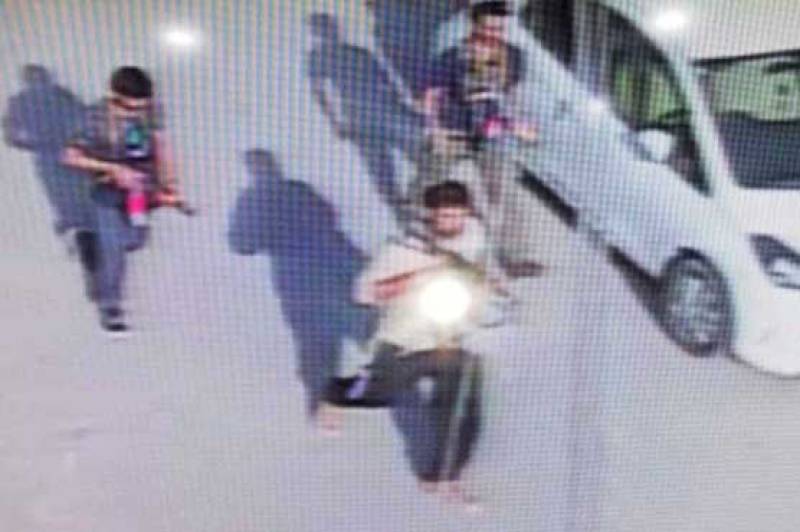 The two accomplices were arrested from Karachi city and Shahdadpur which lies some 200 kilometers away from the metropolis.

A joint operation by police and other law enforcement agencies was carried out early Saturday and the suspects have been relocated to an undisclosed location; their identities have not been revealed yet.

Sources privy to the developments said at least one of the suspects is believed to have been in contact with the terrorists before they attacked the consulate.

The arrests came a day after valiant security forces foiled an attack on the Chinese consulate located in Karachi’s Clifton area.

All three terrorists were gunned won by the law enforcers while at least nine hand grenades, Kalashnikov bullets, magazines and explosives were confiscated.

Two policemen, ASI Ashraf Dawood and Constable Amir, were martyred in the operation. Two civilians, a father and a son who had come from Quetta for visas, were also killed

The staff of the consulate, comprising around 25 people, remained safe in the attack as Rangers and police foiled the terror bid successfully.

Three armed men, who were on a vehicle, hurled hand grenades in the area followed by firing, targeting the security officials deployed at the Chinese consulate.

Baloch Liberation Army - which has links to India - had claimed responsibility for the attack and had released the pictures of the attackers as well.

A video was also released by the Indian media on Saturday featuring the terrorists being trained. The terrorists also expressed their views, toeing the same line as of India against Pakistan.

Another vindication of BLA’s connivance with India is the arrest of Kulbhushan Jadhav – an Indian spy arrested from Balochistan.