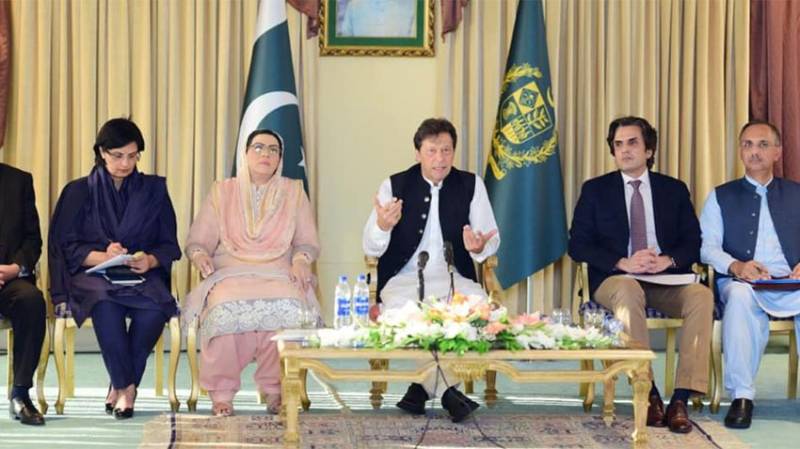 ISLAMABAD - Prime Minister Imran Khan has said that present government fully believes in democratic norms and principles and that is why it has constituted a negotiating team to hold talks with the opposition.

Talking to senior journalists and anchorpersons in Islamabad, he said the opposition enjoys full liberty to exercise its democratic right. However, this right should be used in accordance with the country's law, constitution and the decisions of higher judiciary.

The Prime Minister said media is also a stakeholder in the country's progress and development. He said the government will welcome support of the media to bring stability in the country and meet current challenges.

Talking about economy, the Prime Minister said with the economic indicators depicting improvement, the government's efforts to stabilize the country's economy has started bringing positive results.

He asked the media to play its role in highlighting such positive economic indicators for strengthening the confidence of investors, the Radio Pakistan reported.

Imran Khan said it is due to the government's efforts that the Kashmir issue has been internationalized as the foreign media is also highlighting the situation in the Indian Occupied Jammu and Kashmir.

Responding to a question about the health of former Prime Minister Nawaz Sharif, Imran Khan said he has already issued directives to provide the best medical care to him.