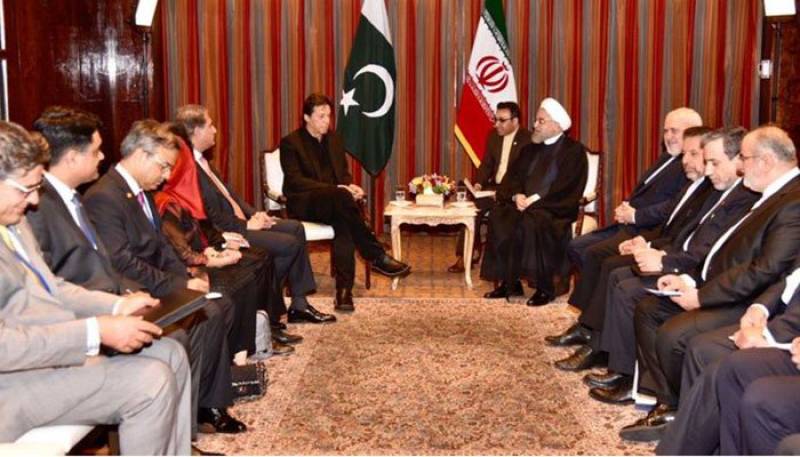 According to media reports, both the leaders discussed matters of mutual interests during the meeting and ongoing situation in the region.

The meeting between Pakistan and Iran’s leadership came after US President Donald Trump mandated PM Imran to mediate between the US and Iran.

Talking to reporters in New York, Foreign Minister Shah Mehmood Qureshi said that PM Imran had made it clear to the US president that the region could not afford any war. “During the Saudi visit too, the prime minister had suggested an amicable solution to the US-Iran standoff,” Qureshi said.

To a question, the foreign minister replied that US President Trump had expressed trust in PM Imran’s leadership, adding that PM Imran had explained Pakistan’s clear, categorical and firm stance on Kashmir, Afghanistan and Iran to President Trump.

Prime Minister Imran Khan had a meeting with President of Turkey Recep Tayyip Erdogan on the sidelines of 74th UNGA Session at New York and both the leaders exchanged views on the matters of bilateral interests.