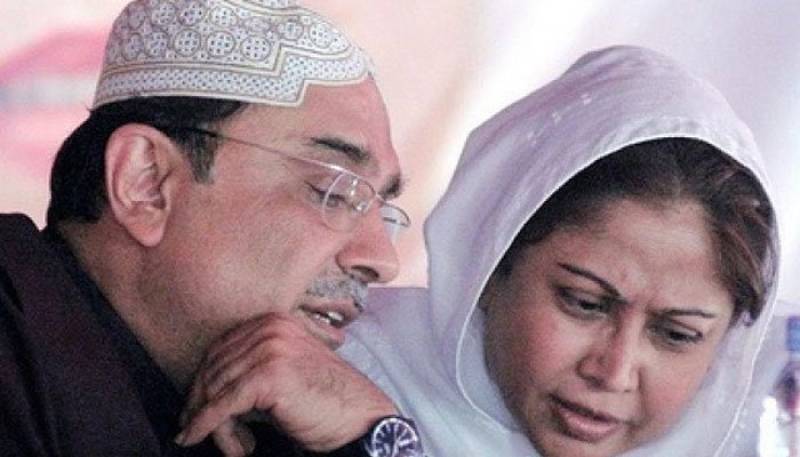 The FIA issued notices to the former president and his sister on Saturday, directing them to appear before the investigation team in Islamabad.

The brother-sister duo has been issued notice for the fourth time as they failed to appear before the joint investigation team despite repeated summons in the high profile scam.

On Aug 17, a banking court issued arrest warrants for Pakistan Peoples Party co-chairman Asif Ali Zardari and other absconders in the case related to shady transactions worth Rs35 billion through fake bank accounts.

The court ordered the authorities to arrest the suspects and produce them before the court by September 4.

However, on August 18, the Islamabad High Court (IHC) approved Zardari's petition for protective bail in the case.

The FIA is probing 32 people in the money laundering case through fake accounts, including Zardari and his sister Faryal Talpur.

The close aides of Zardari, included Anwar Majeed and Hussain Lawai were also arrested by the FIA. The banking court has sent them on remand for interrogation.