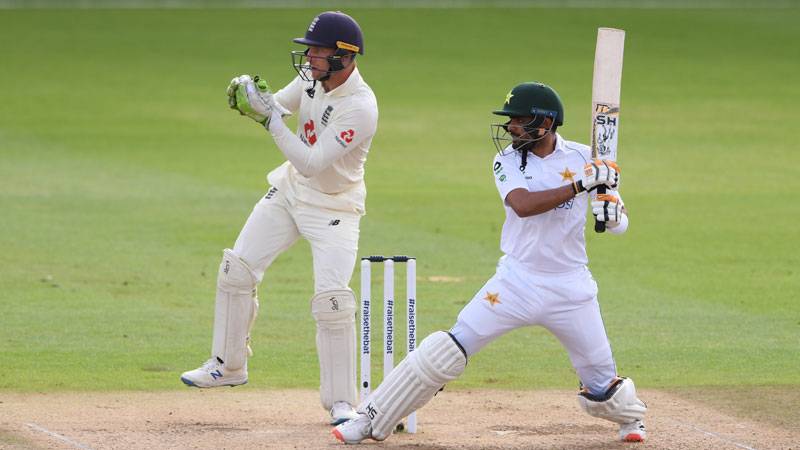 SOUTHAMPTON - The third and last cricket Test match of the series, between Pakistan and England, at Southampton, has ended in a draw.

Following the match draw, England has won the test series one by nil after 10 years as last time England had defeated Pakistan test series in 2010.

England had declared its first innings at 583 for loss of eight wickets.

Pakistan, which needed 210 runs on the final day to avoid an innings defeat with eight wickets in hand, finished the fifth day match at 187/4.

James Anderson made Test cricketing history in the final session as he became the first pacer to complete 600 wickets in Test format of cricket.

Pakistan resumed batting after delay due to rains.