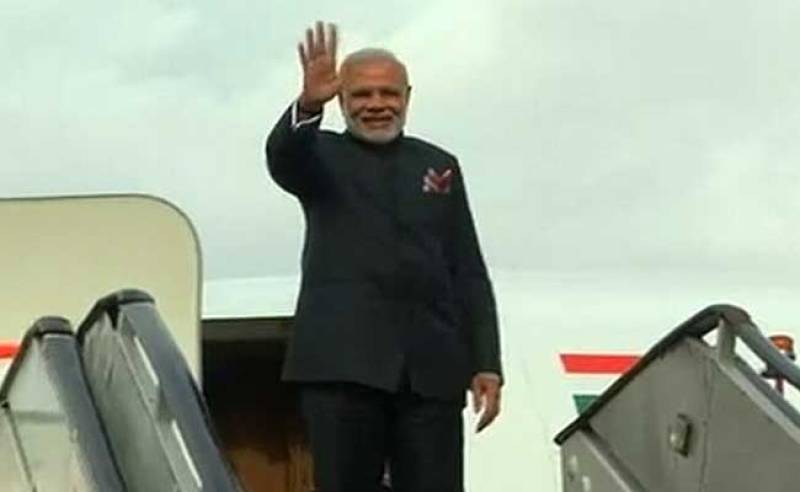 Punjab Chief Minister Shehbaz Sharif and Finance Minister Ishaq Dar were also present at the airport to receive the guest. A young girl presented a bouquet to the Indian leader.

The two leaders later boarded a helicopter to the Prime Minister's residence at Jati Umra.

It was the first visit by an Indian Prime Minister to Pakistan in a decade. A strict security cordon was thrown around the Lahore airport and the airspace closed for commercial flights. Personnel of elite police were deployed around the airport.

It was a closed holiday in Pakistan as the nation was celebrating the 139th birth anniversary of the Founder of the Nation Quaid-e-Azam Muhammad Ali Jinnah.

The Foreign Office spokesman said: "The Indian Prime Minister will make a stopover in Lahore to meet Prime Minister of Pakistan, on his way back from Kabul."

Modi was in Afghanistan earlier in the day, where he met Afghan President Ashraf Ghani and inaugurated the new Parliament building.

Modi, earlier in a tweet, said he was "looking forward to meeting PM Nawaz Sharif in Lahore today afternoon, where I will drop by on my way back to Delhi."

The thaw in ties came after months of tension and clashes along the Line of Control in which dozens of Pakistani citizens had been martyred by unprovoked firing by the Indian army.

According to diplomatic sources India was under intense international pressure following Pakistan's strong stance at the United Nations and submission of three dossiers comprising proofs of Indian involvement in subversive activities in Karachi and Balochistan.

The brief huddle between the two leaders on the sidelines of the Climate Summit at Paris led to the announcement of resumption of dialogue between the two countries, that would discuss all issues, including the lingering Kashmir dispute.

Security in and around the Allama Iqbal International Airport has been beefed up. 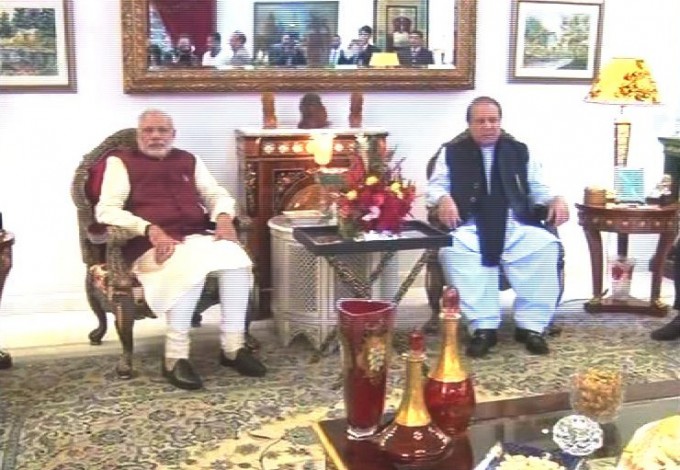 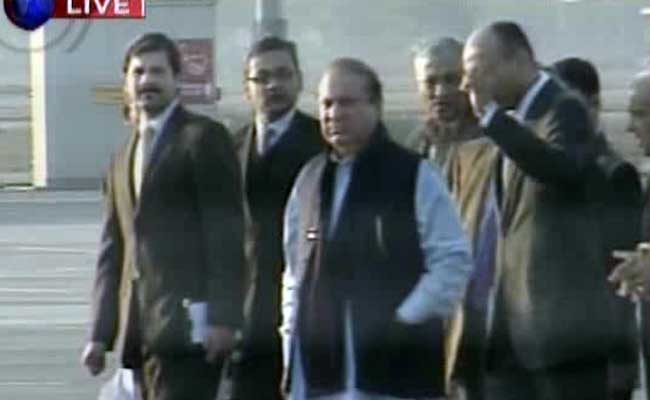 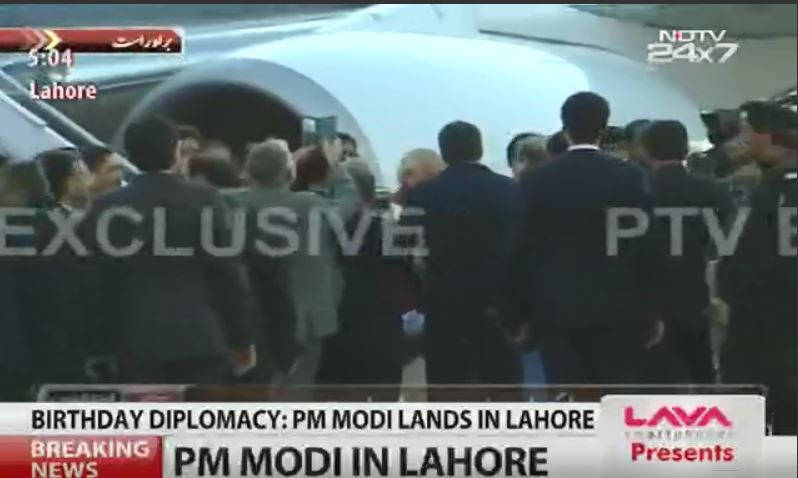 Looking forward to meeting PM Nawaz Sharif in Lahore today afternoon, where I will drop by on my way back to Delhi.

Spoke to PM Nawaz Sharif & wished him on his birthday.

Indian Foreign Minister Sushma Swaraj, responding to Modi's announcement, said on Twitter: "That's like a statesman. Such should be the relationship between neighbours."

It is good to see PM Modi meeting Nawaj Sharif but I fail to understand why we were criticised even for looking at Pakistan.

The re-engagement with Pakistan is a good step & a very welcome development. However more than grand gestures we need consistency.

I welcome PM Modi visit to Pakistan let us hope Pakistan expediates the 26/11 trial ,and leads to more dialogue and talks b/w both Countries

Indian steel magnate Sajjan Jindal, the brother of former Congress MP Naveen Jindal, who reportedly arranged the secret meeting between Nawaz and Modi in Katmandu is also in Pakistan. “In Lahore to greet PM Nawaz Sharif on his birthday,” Jindal tweeted.

In Lahore to greet PM Navaz Sharif on his birthday. pic.twitter.com/t97nvUIkN4