'Unity, Faith and Discipline' an all-time beacon for us, says President Mamnoon 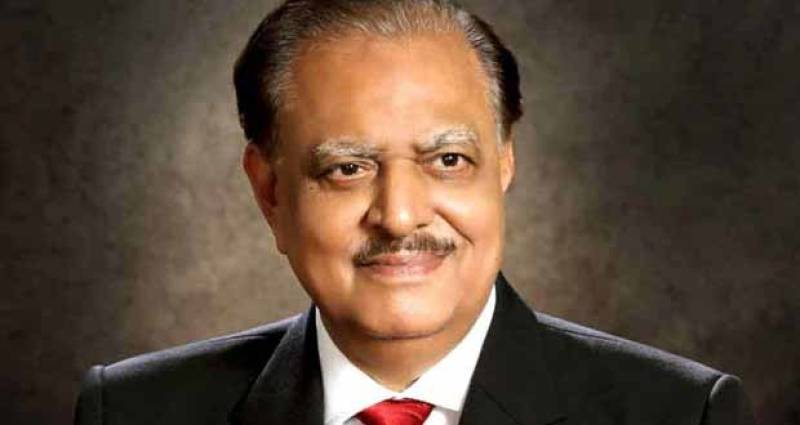 ISLAMABAD (Staff Report) - President Mamnoon Hussain Friday urged the nation to forge unity in their ranks, to defeat the forces of extremism and militancy and uphold the principles of democracy, constitution and rule of law.

In his message to nation on 139th birth anniversary of Quaid-e-Azam Muhammad Ali Jinnah, the president went on to say that 'Unity, Faith and Discipline' is an all-time beacon for all of us. Our country has now embarked upon the path to progress as envisioned by Quaid-e-Azam, he added.

Paying rich tributes to the founder of Pakistan, he said "Quaid-e-Azam’s boldness and sincerity of purpose, determination and integrity endeared him to the millions of people who gave him all-out support in the marathon struggle for the creation of Pakistan."

"He was a paragon of uprightness, honesty, integrity and courage of conviction. He neither compromised on principles nor allowed expediency to influence his judgment. His conduct was above reproach, his incorruptibility unquestioned and his scrupulous honour universally acknowledged."

Today we are not merely paying our homage to the memory of Quaid-e-Azam Muhammad Ali Jinnah, but reaffirming our abiding faith in his imperishable teachings, he said.