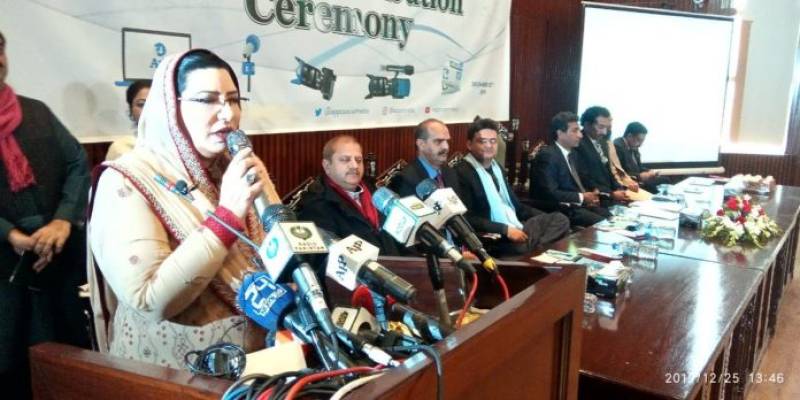 ISLAMABAD - Special Assistant to Prime Minister on Information and Broadcasting Dr Firdous Ashiq Awan said on Wednesday that 2020 would be year of providing relief to the general public after economic revival of the country.

Addressing APP Award Distribution Ceremony here, the SAPM said that 2020 would be year of fulfilment of promises made in the manifesto of PTI and expressed the hope that media would play its role in highlighting the achievements made by the present government.

She said that Prime Minister Imran Khan following the vision of Quaid-e- Azam, struggled 23 years for transforming Pakistan. She said Imran Khan not only challenged the status quo but succeeded in defeating it in 2018 elections and foundation of Naya Pakistan has been laid with introduction of far-reaching reforms in the institutions. The SAPM said that empowerment of the national institutions was policy of the Quaid-e-Azam and the present government was striving to empower the institutions but in the past the rulers adopted policies to benefit themselves and their cronies.

Dr Firdous said minorities not only played important role at the time of creation of Pakistan but also took active part in nation-building process.

Dr Firdous Ashiq Awan said that restructuring process in Associated Press of Pakistan has been initiated to make it a modern and self-reliant institution. She expressed the hope that after restructuring, APP would become a leading news agency in the region.

She said that the government and the workers of the APP worked collectively for the improvement of the premier news agency. Appreciating the launch of APP awards, she said that this would encourage its employees to work hard and healthy competition among the workers which would ultimately benefit the organization. She also appreciated the efforts of MD APP Tariq Mehmood Khan for initiating digitalization process.

She said that credit of announcement of 8th Wage Board Award goes to the present government as after 19 years the award was announced. She said Prime Minister Imran Khan had fulfilled the commitment made with the journalist organizations as the government wanted to protect rights of the journalists .