Why him, why now? 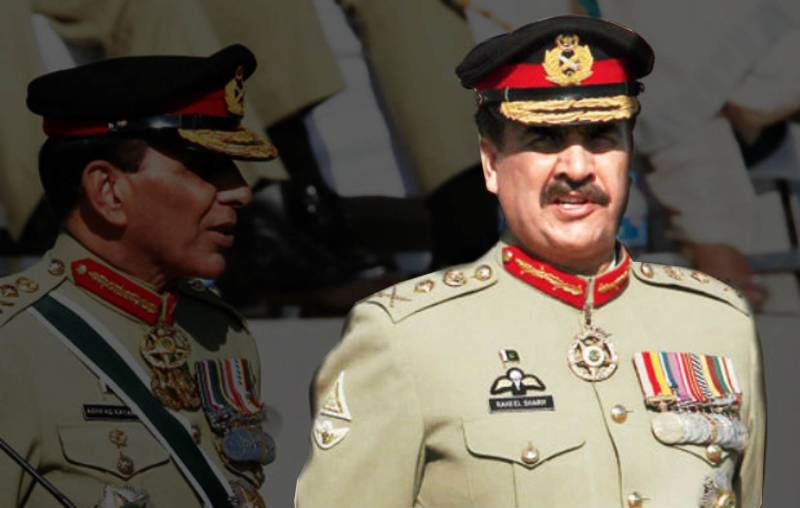 In 2014, some agricultural land was allocated to 11 generals (10 Lt Generals and 1 General). This is how it works:

Lets take a moment here to get this out of the way: IT IS HORRIBLE THAT ALL THESE PEOPLE ARE GETTING SO MUCH LAND. They should ideally get no land, they should not get any extra benefits. They should just work for a salary like all other government officers.

Ok now we resume the article.

To recap, 11 people from Army got agricultural land this year like many people before them have been getting. We don't know anything about anyone else but we know Gen Raheel will be getting 868 kanal land, which is valued by generous property dealers at around PKR 1.35 Billion, it is situated somewhere around Lahore's prime property area a few miles off Bedian near the border and is very prime and very rich and may contain a gold mine. There may be holes in this story but let's assume it's all true.

So let's ask ourselves, why him, why now? Why are there such holes in our knowledge? Is it by design or have we been ignoring all those stories where all those generals got crazy land?

We are not insane, the answer is simple, the story is not the story, why this is a story is the actual story.

You see, Raheel Sharif is a dangerous person. He has not only pissed many people off in the past but he may also disturb the peace of a lot of people in the future. There are two types of people he has pissed, those who wanted to use his shoulders to shoot and those who have been under his stick. But most important of all, he is dangerous because he may disturb the whole system by one day contesting an election!

It is a possibility, however remote, that we can't just leave to fate. We must kill this possibility before it rears its inconvenient head. Those mathematicians who have calculated the exact market value of Gen Raheel's land correct to two decimal places have also calculated that this man can be dangerous.

That is why him, that is why now. It doesn't matter whether he wants to enter politics or not. In any case, people change their minds and nothing, I repeat, can be left to chance.

Raheel did his job and got handsomely paid in return. That is the end of the matter, he doesn't deserve anything more. Pakistan should know this and end this childish love affair with a man who only did his job in return for money. This is the message here.

But Pakistanis are silly people, mathematicians can calculate money to two decimal places but they will never understand that these are the matters of heart and unless we get another man as beautiful as him we will never fall in love again.