Fraudsters looting people in the name of "Jeeto Pakistan" show 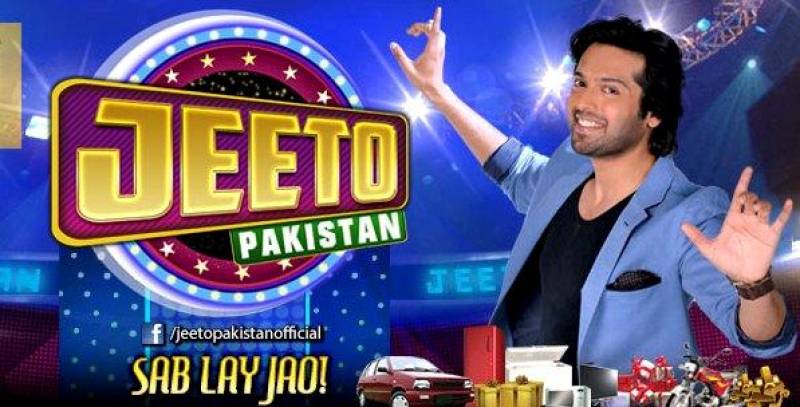 LAHORE (Kashif Shakeel) - A Lahore based family has been swindled in the name of ARY's most favourite show "Jeeto Pakistan" as a fraudulent gang managed to mint money from the family after misinforming them about a prize they won from the show.

According to reports, the gang telephoned a Lahore resident and congratulated him for winning as much as 10 Tola Gold and 2 lacs as part of giveaways from the "Jeeto Pakistan" show that airs on ARY. Furthermore, the gang members demanded a sum of Rs. 23 thousand as customs duty to deliver the prizes.

After the innocent family sent the money, the mafia kept on insisting that the prizes would be delivered at their door step and the winner need not to be worried about it.

The conned resident who belongs to the Karim Park area of Lahore was left shocked once he realized that he had been deprived off his hard earned money. Upon further contact, the man asked the gang members to send back his money, but, surprisingly, the deceptive crew demanded an extra thirty-five hundred rupees.

The money was sent to two different identity card holders who belong to Dadu and Sheikhupura area of Punjab as per Nadra records. Moreover, the landline number given for any queries was installed at Kulsoom Plaza Islamabad.

On the other hand the administration of "Jeeto Pakistan" has clarified that the lucky winners are announced during the show and ARY demands no such money for prizes.

Telephonic frauds have been on the rise in Pakistan. Earlier, a group of conmen was cheating Pakistanis in the name of the Benazir Income Support Program using the same technique.