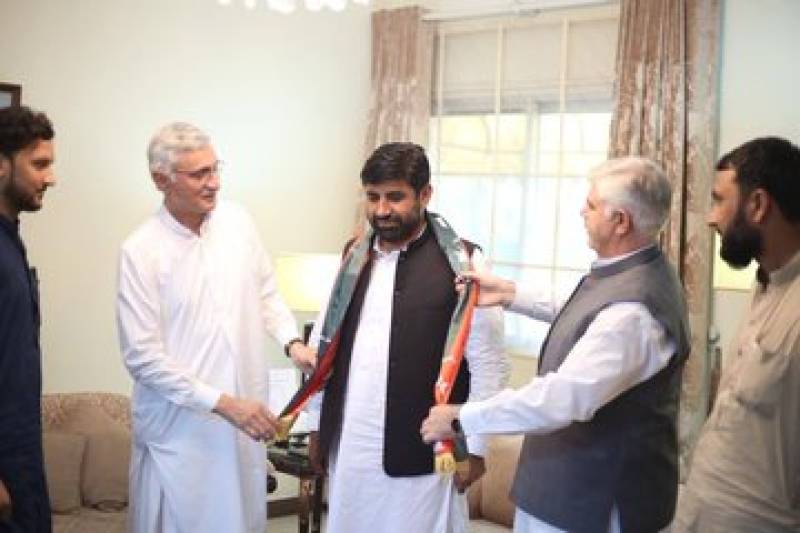 According to an official statement issued here, the announcement came during a meeting in Islamabad with Chief Minister Khyber Pakhtunkhwa Mahmood Khan and senior leader of Pakistan Tahreek-e-Insaf Jehangir Khan Tareen.

On the occasion, Chief Minister Khyber Pakhtunkhwa extended his invitation to remaining independent MPAs from tribal districts stating that doors of ruling party would always be open for those who wish to play an effective role in the development of tribal districts.

The CM welcomed the decision of Shafiq Afridi stating that development of newly merged tribal districts is the topmost priority of the incumbent government and joining of independent candidates would allow them not only to be a part of the ten-year developmental program of the provincial government but will also allow them to personally monitor and implement the plan.

"Although there are many challenges ahead of us, yet our objectives are clear and we are confident to achieve rapid development of tribal districts." KP CM said.