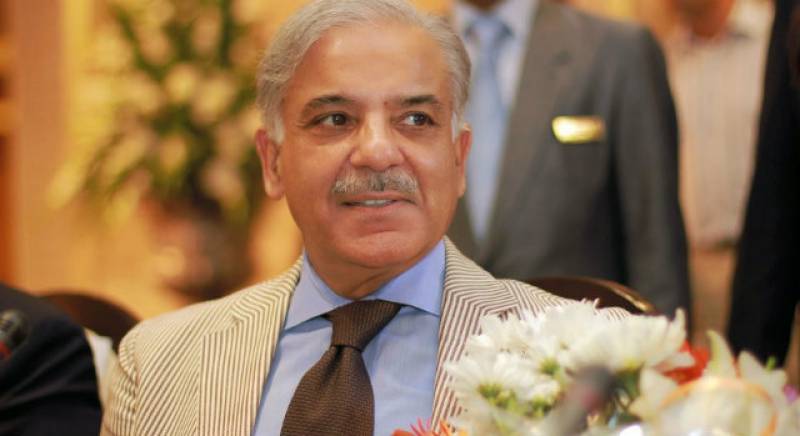 LAHORE - The Pakistan Muslim League-Nawaz (PML-N) on Monday launched its election campaign in Karachi ahead of nail-biting 2018 polls, but for the first time without party founder Nawaz Sharif.

Shehbaz landed in Karachi earlier today to launch the party's election campaign and received a warm welcome by PML-N members at the airport.

Addressing a ceremony, the fomer Punjab chief minister boasted past achievements of his party, claiming that it was the PML-N which ended loadshedding in the country. Peace restored in Karachi due to the policies of the PML-N government.

Making promises, the PML-N leader said that the water issue of the country will be resolved in three years, adding that Basha Dam was the best possible option to tackle the shortage of water.

The PML-N government would work with the provincial and city governments to ensure potable water is available to every household within the next two years.

President PMLN Shehbaz Sharif reiterates that Kala Bagh Dam is no doubt a feasible option, but cannot be pursued at the cost of national unity! Bhasha Dam is the most immediate case; it will not only produce 4000 MW energy but will also provide tremendous water storage. pic.twitter.com/Bd98YH9o18

Higlighting the garbage situation in Karachi, he pledged to clean the city of lights within six months if his party is voted to the power.

PML-N's President Shehbaz Sharif on Sunday night announced that he would be visiting Karachi soon hold some meeting and rallies.

The former Punjab chief minister added that the PML-N, which ruled the country for past five years, fulfilled his commitments made in 2013, claiming that there was no more load-shedding in the country.

Talking to media on Sunday in London, the former prime minister Nawaz Sharif with a heavy heart remarked that he would be unable to take part in the election campaign due to the deteriorated health condition of his wife, Kulsoom Nawaz.

"Kulsoom Nawaz is my wife. I have certain responsibilities towards her,” he commented.

Begum Kulsoom was shifted to the ICU of a London hospital more than a week ago after her health deteriorated. She had collapsed in the ICU after suffering a heart attack and placed on the ventilator.

Pakistan Tehreek-e-Insaf Chairman Imran Khan said on Sunday that former prime minister Nawaz Sharif and his sons should be held accountable for Rs300 billion, adding that the Pakistan Muslim League-Nawaz has ‘expertise only in corruption and money laundering’.

Imran Khan made the statement while addressing a gathering in Mianwali, where he initiated the party’s election campaign from his hometown.

Imran said that in the PML-N’s tenure, the Sharif brothers took the country’s loans to Rs13,000 billion to Rs27,000 billion.

“All the progress was made in advertisements,” remarked the PTI chief, adding that Rs40 billion were spent on ads.

He said PTI awarded party tickets to aspiring candidates on merit and after conducting surveys. He also felt sorry for those, who could not get party tickets.