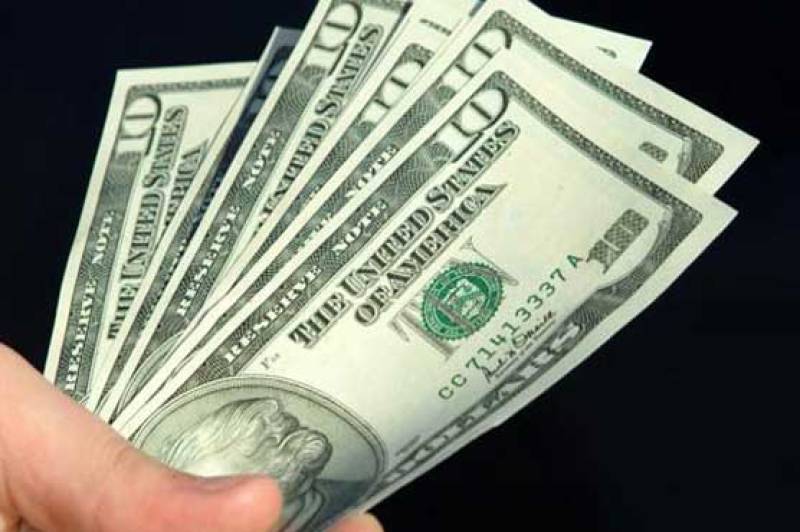 TOKYO (APP) - The dollar held on to gains against other major currencies in Asian trade Monday after surging last week on a jump in US core inflation.

The euro eased to $1.0985 and 133.68 yen from $1.1016 and 133.86 yen. On Friday the dollar climbed against the euro immediately after the US Commerce Department reported that core consumer prices -- those excluding food and energy -- jumped 0.3 percent in April from March, the largest one-month rise in more than two years.

The dollar's gain was further supported when Federal Reserve Chair Janet Yellen said she expects to hike interest rates "at some point this year." Japanese trade data released Monday appeared to have little effect on currencies.

Japan's trade account returned to deficit in April after a month in the black, but the shortfall shrank drastically to 53.4 billion yen compared with 825.5 billion yen a year earlier, finance ministry data showed.

"This week we will see a series of US economic data, and the focus will remain on the recovery in the April-June period," Shinichiro Kadota, currency analyst at Barclays, said in a client note.

Data includes durable goods orders and consumer confidence, both due on Tuesday, and revised first-quarter economic growth due on Friday, analysts said.

In the mid-term, the dollar will remain in a range around 120 yen as upward pressure from Japanese corporate investment abroad will be offset by an improvement in Japan's current account and talking down of the yen by authorities, Kadato added.