ISLAMABAD (Web Desk/Agencies) – The Institute of Business Administration (IBA), Pakistan's oldest business school, emerged as the highest-ranked university in the category of Business Education in Higher Education Commission’s list of university rankings in Pakistan for the year 2013-14, released on Monday.

As per report, Lahore School of Economics and Shaheed Zulfikar Ali Bhutto Institute of Science and Technology (SZABIST) in Karachi followed on the second and third rank for business, respectively. IBA, Sukkur and Institute of Management Sciences (Peshawar) managed to secure fourth and fifth positions. 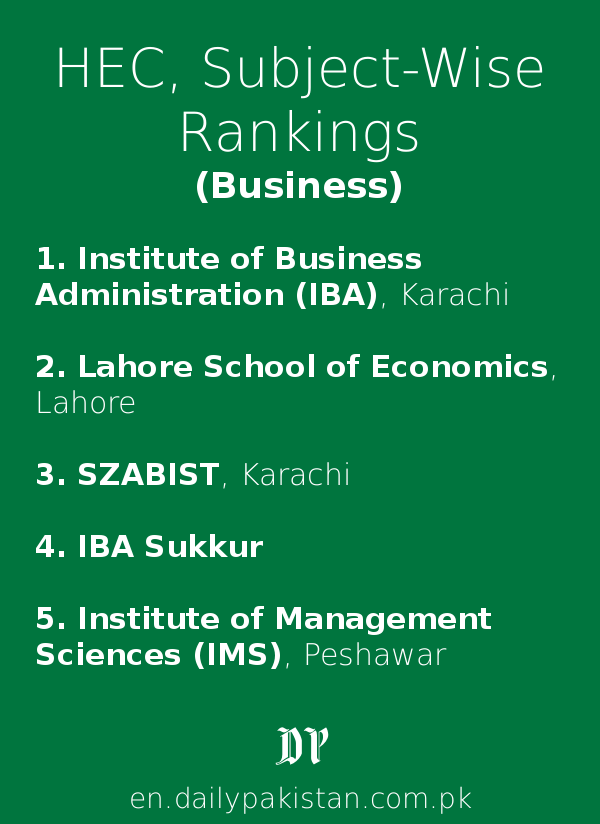 Although the report was published after a year’s delay, HEC chairperson Dr Mukhtar Ahmad stated at its launch, “After much effort, the herculean task of collecting, analysing and the final evaluation for the new ranking was made possible.”

“This time we have tried our best to overcome all technical statistical bias,” he added, while admitting there were errors in the 2012 rankings, published in 2013", he added.