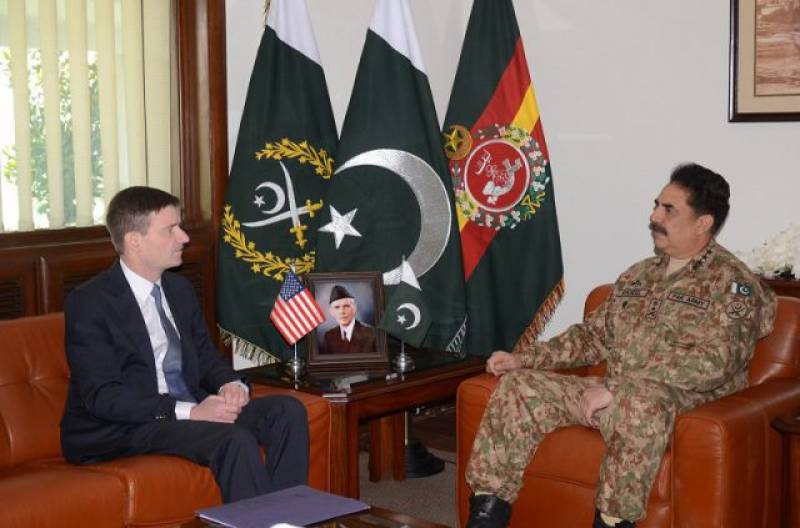 RAWALPINDI (Staff Report) -Army Chief General Raheel Sharif on Wednesday expressed serious concerns over recent US drone strikes inside Pakistan, describing them as ‘counter-productive’ during a meeting with US ambassador to Pakistan David Hale, who called on him at GHQ.

According to the ISPR, the situation following the US drone strike in Balochistan on May 22, 2016 was discussed.

"Expressing his serious concerns over the said drone strike, COAS said such acts of sovereignty violations are detrimental to relations between both countries and are counter-productive for ongoing peace process for regional stability."

“Pakistan’s efforts, successes and sacrifices in fight against terrorism have been unparalleled,” General Raheel added.

Prime Minister Nawaz Sharif criticised the US drone strike on Sunday, describing it as a violation of Pakistan's sovereignty.

A strong protest has also been lodged with the US over the attack.