Black Day to be observed on Sunday at national, Int’l level to express solidarity with Kashmiris 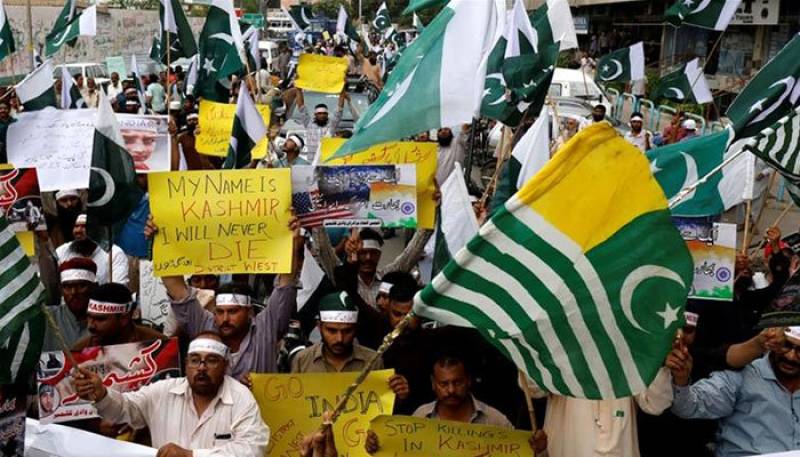 LAHORE – Black Day will be observed on Sunday at the national and international level in a befitting manner to express solidarity with people of Indian Occupied Jammu and Kashmir (IOJ&K).

According to Ministry of Interior official notification, the Black Day will be observed to express harmony with Kashmiris in their plight caused by the Indian government.

On October 27, 1947, the sufferings of Kashmiri people commenced with the landing of Indian troops in Jammu and Kashmir. The suffering increased manifold after New Delhi revoked Articles 370 and 35-A of Indian Constitution on August 5, suspending the special status of Occupied Kashmir.

Pakistan has been holding regular protests and solidarity activities since India clamped the curfew in occupied valley, continuing for the last 82 days today, which made the lives of Kashmiris miserable.

The government has chalked out a comprehensive programme to observe the day, highlighting brutalities and massive human rights violations, being committed by the Indian troops to suppress the indigenous freedom struggle of Kashmiris, the Radio Pakistan reported.

Public gatherings, rallies, walks and protest demonstrations to be held at district and Tehsil level across the country including AJK and Gilgit-Baltistan.

Black banners, Panaflex, hoardings and streamers will be displayed at prominent roads and places to mark the day in an appropriate manner.