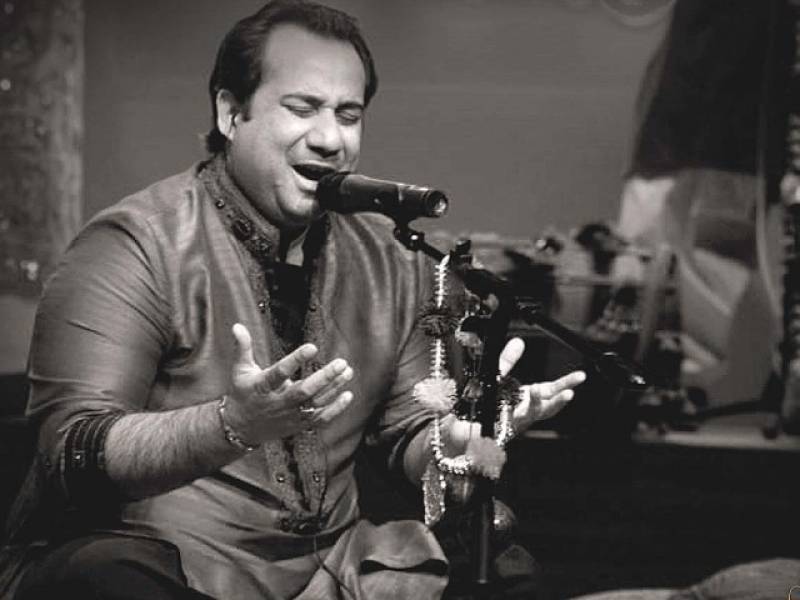 MUMBAI - The Federation of Western India Cine Employees (FWICE) has asked Indian promoters Karl Kalra and Nirmal Dhaliwal to cancel the concerts of Rahat Fateh Ali Khan in the United States and Canada.

According to a notice, FWICE said, “We have already given our directive that no Indian artist/singer/dancer/anchor/performer and last but not least, the promoter would work with [Pakistani] nationals and [Pakistani] artists in view of the current alarming situation between the two countries.”

“It is, therefore, our humble request to both of you to immediately cancel the above shows to maintain the dignity and honour of your country. You are. India, for which you should be proud,” the notice added.

It further warned, “In case if you don’t cancel the shows of Ustad Rahat Fateh Ali Khan and go against the sentiments of Indians, no Indian Artist/ Singer/ dancer/ Anchor, Performer/ Promoter would ever work with you anywhere in the entire world.”

A few days before asking the promoters to cancel their tour with Khan, the organisation had issued a notice to singers Udit Narayan, Alka Yagnik, and Kumar Sanu for performing at an event in the USA which was organised by a Pakistani. 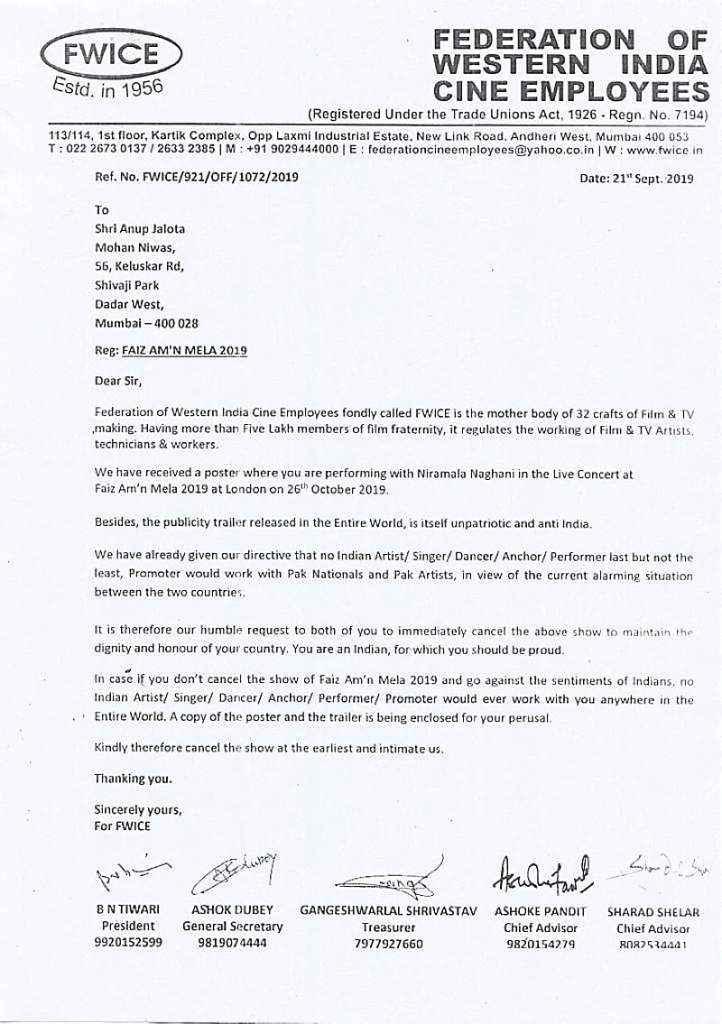 Earlier, Indian singer and actor Diljit Dosanjh landed in hot water for accepting an invite by a Pakistan national to perform in the US.

Dosanjh was scheduled to perform in the US on September 21 at a show organised by Rehan Siddiqi, who is said to be of Pakistan origin. The federation requested India’s Ministry of External Affairs to cancel the singer’s visa and not let him perform.

The All India Cine Workers Association also banned singer Mika Singh from the Indian film industry after he performed at an event in Karachi.