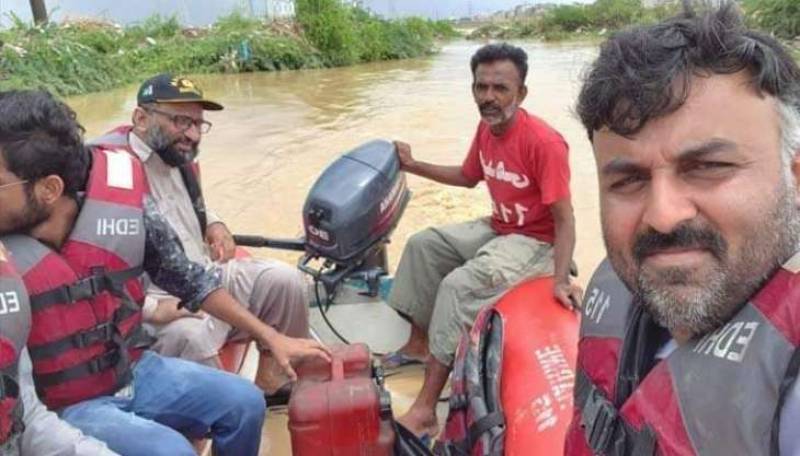 The two of them and four others were on a rescue mission to find people who have drowned near Korangi Causeway and went ahead towards Do Darya area during the operation.

According to Edhi officials, the boat overturned due to the rough waves and they were fortunately rescued by some passing-by fishermen. They were shifted to Ibrahim Hyderi jetty for medical treatment.

Later talking to media, Faisal Edhi said that he was trying to rescue eight people who have drowned in Malir river when the incident occurred.

"After a search operation, we decided to return from sea view area when suddenly the engine of the boat encountered technical issues.""Our boat capsized due to rough waves in the sea," Faisal Edhi said adding that there were six people on board at the time of the incident including PTI provincial lawmaker Raja Azhar.

He said that they were wearing life jackets that saved them from drowning as they spent almost half an hour in the open sea, facing rough waves. "A boat of fishermen coming towards Ibrahim Hyderi rescued us," he said.