Rana Afzal sworn in as state minister for finance 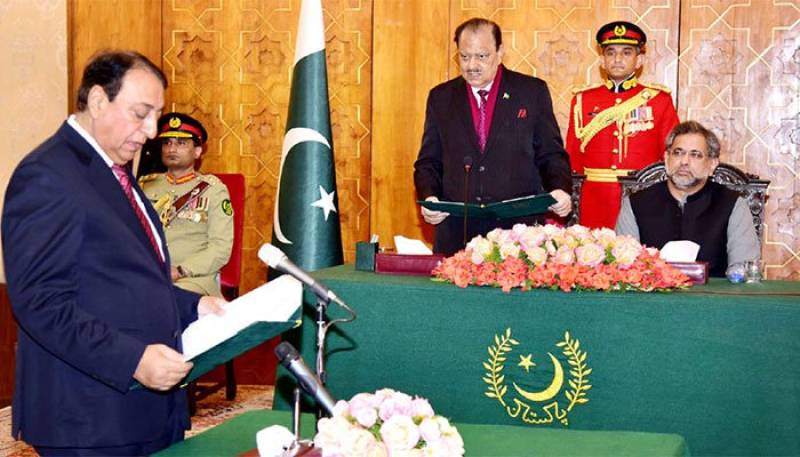 President Mamnoon Hussain administered the oath in the federal capital, while Prime Minister Shahid Khaqan Abbasi was also present on the occasion.

The appointment comes after Abbasi accepted former finance minister Ishaq Dar’s request to be relieved of his duties leaving the post vacant during the last month.

Dar is facing trial at an accountability court in a reference filed by the National Accountability Burea (NAB) against him for allegedly possessing assets beyond known sources of income. Currently, he is London for medical treatment and has been declared a proclaimed offender by the court for not appearing before the court despite summons.

MNA Afzal, who currently holds a portfolio of parliamentary secretary for finance, revenue, economic affairs, statistics and privitisation, has himself confirmed his appointment as state minister to the local media. He informed that a notification in this regard would be issued soon by Cabinet Division.

He made his way to the National Assembly after winning elections from the NA-82 constituency, Faisalabad. Earlier, he was a member of Punjab Assembly during 1997 to 1999 and again took part in 2008 General Election.