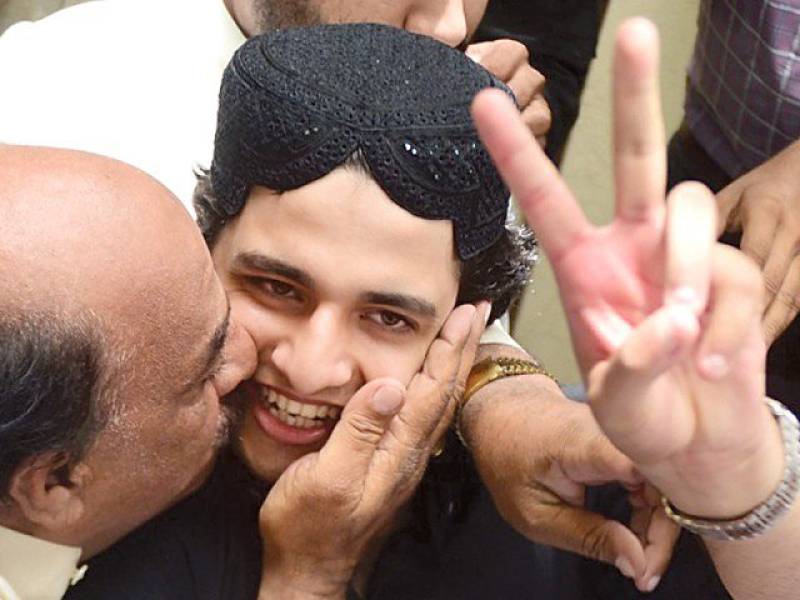 ISLAMABAD - A group of civil society activists has challenged the bail of Shahrukh Jatoi and others in the Shahzeb Khan murder case granted by the Sindh High Court (SHC) before the Supreme Court.

The civil society members have pleaded in their petition that they have the legal standing to file the appeal as they are citizens of Karachi and reside in the same locality where the murder took place.

"The incident struck terror and created fear and panic among residents of the area" they stated in the petition, which, according to them, is being filed as a public interest appeal on behalf of the people of Karachi, especially the people of Clifton and Defence, as well as the people of Pakistan, arguing that they were left in a state of shock and terror when the November 28 judgment was passed by the SHC.

Referring to the order, the petition states that firstly, a murder appeal was disposed of by the provincial High Court in just six pages. Secondly, the family of the deceased did not pursue the appeals pending before the SHC and struck a deal with the murderers.

The petitioner also accused the Sindh prosecutor general, the highest criminal law officer of flatly conceding to the setting aside of the June 7, 2013 ATC judgment arguing  “it is a sheer proof of the collusion between the murderers and public officers, especially in view of the past history” of this case.

It further states that the SHC division bench’s order deviated from an earlier and binding judgment of May 15, 2013, which was issued by another divisional bench of SHC in the same case and on the same issue, Express Tribune reported.

The petition also states that there were at least two eyewitnesses to the murder, meaning that overwhelming evidence against the murderers is available.

Shahrukh Jatoi and three other accused in the Shahzeb Khan murder case were freed on bail on Saturday after Aurangzeb Khan, the victim’s father, filed an affidavit in support of the convicts’ bail application in the court.