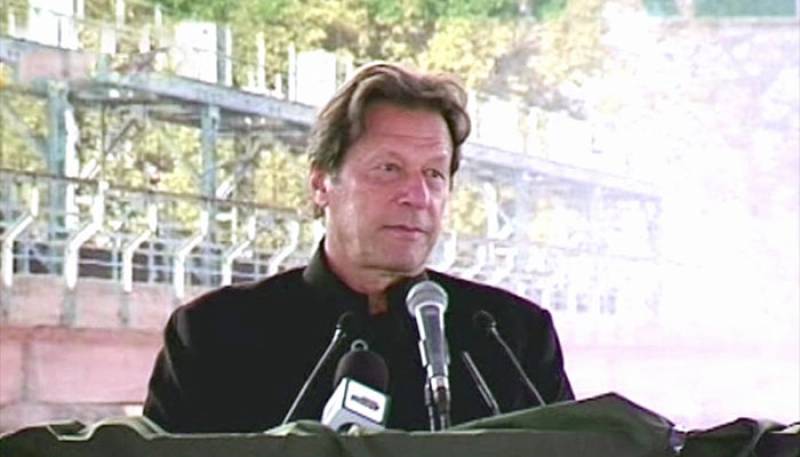 JHELUM – Citing ongoing protests against anti-Muslim Citizenship bill in India, Prime Minister Imran said that a massive tide of the uprising would rise against government of Bharatiya Janata Party (BJP) over its recent actions that have irked the whole India.

Tensions have arisen in the neighbouring country since Prime Minister Narendra Modi has laid a siege on the occupied Kashmir and the situation was fueled by recently enacted Citizen Amendment Bill and NRC, Khan said during the foundation stone laying ceremony of Jalalpur Canal at Pind Dadan Khan.

He said, ”These all are suppressing techniques”.

“Now the people of Hindustan [India] will stand against the state and Modi. Not only the Muslims but the Hindus as well,” he predicted.

The recent ceasefire violations by Indian troops along the Line of Control (LoC) are being use flashpoint to divert attention from the protests against the controversial bill, the premier highlighted.

“They [Indians] know what Modi is about to repeat what Hitler did to the Jews. This is exactly what happened in Myanmar in the name of citizen registration,” he said.

The prime minister said that no country can make progress without elimination of corruption.

He went on to say that corrupt elements steal public money meant for the welfare of the common people. He urged the people to stand by him to defeat corrupt mafia in the country.

Imran Khan said now the county has come out of the difficult phase due to effective measures taken by the government to stabilize economy in 2010.

He said the next year will open up an era of development, progress, prosperity, and job opportunities. He said now trade deficit is reducing, foreign remittances and investments are increasing, Radio Pakistan reported.

The Prime Minister said he has special connection with the area from Jhelum to Mianwali and is very well aware of people's problems. He congratulated the people of Jhelum, Khushab, and Pind Dadan Khan for having the Jalalpur Canal. He said the project will irrigate about 1,72,000 acres of land and provide drinking water to the people of this area.