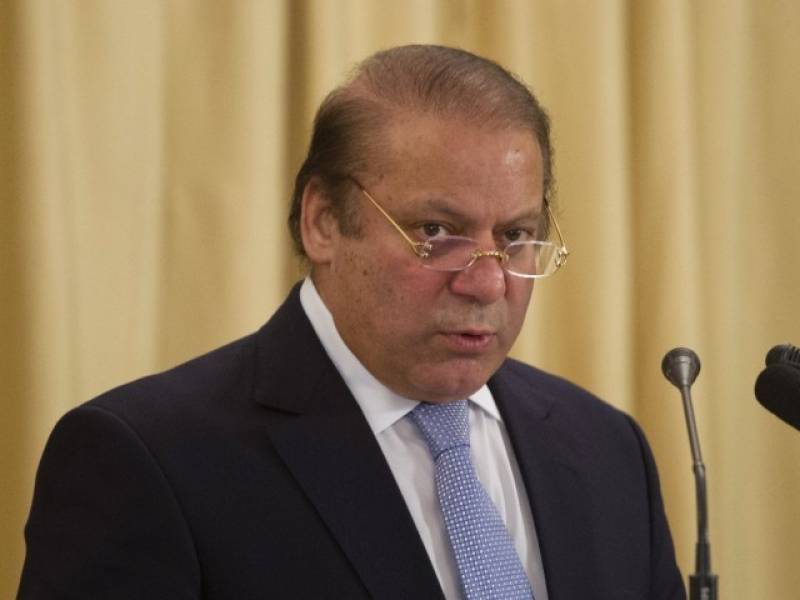 KARACHI (Web Desk) – Prime Minister Nawaz Sharif said on Thursday Pakistan is an emerging economy and is quite lucrative for foreign investors.

The premier, while addressing the delegates at the 6th Expo Pakistan exhibition, said that Pakistan has greater chances of development and this exhibition is a representation of the country’s industrial tradition.

The premier also reiterated his commitment to take Karachi operation against criminals to its logical end, and vowed to make the sprawling cosmopolitan crime-free by 2018.

“I assure you this action would reach its logical conclusion and Karachi will be a peaceful city by 2018.”.

The PM said the fact that the Expo is being held in Karachi made it evident that the city holds great importance in the world of business.

He went on to say that the Expo has successfully attracted the attention of several foreign investors and economic growth is the top priority of Pakistan. He added that foreign countries and international companies will be provided facilitation for investments in the country.

He also said that the Expo provides an excellent opportunity to showcase Pakistani products to the world.

He added that the grant of Generalised System of Preferences (GSP) Plus status to Pakistan by the European Union (EU) was a huge achievement. PM Nawaz went on to say that a contract is in place for trade with South Africa.

He also said that preferential trade agreements with Iran and Indonesia have been finalised.

Regarding the energy crisis in the country, the PM said that the government is making the utmost efforts to resolve the issues. He added that the problem of electricity would hopefully be solved within the next three years.

He further said that speedy efforts were being made for the running of LNG and coal based power plants.

The PM is also scheduled to hold an important meeting with the Sindh government to review the security situation in the province as well as the implementation of National Action Plan (NAP).

The exhibition is being attended by over 1,000 delegates from 70 countries of the world.

Chief of Army Staff (COAS) General Raheel Sharif will also visit the mega event that will continue for 4 days.